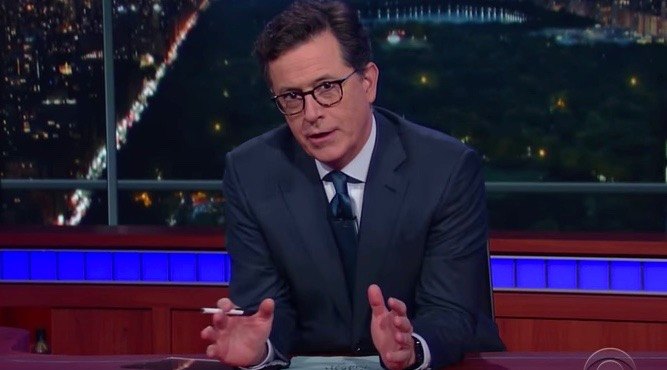 As Stephen Colbert pointed out last night on The Late Show, every four years many Americans threaten to move to Canada if their candidate doesn’t win the Presidential election.

What ensues is a hilarious back and forth between a serious immigration lawyer and, well, Stephen Colbert.

“How are members of Parliament chosen?”

“What are the three branches of government?”

Sure, Colbert has a lot to learn about our country (except Gordon Lightfoot songs, he’s good on those) but we’d love to have him even if he does think the ‘barenaked lady’ is a symbol of Canada.

Watch the video for yourself. It’s pretty good, eh.