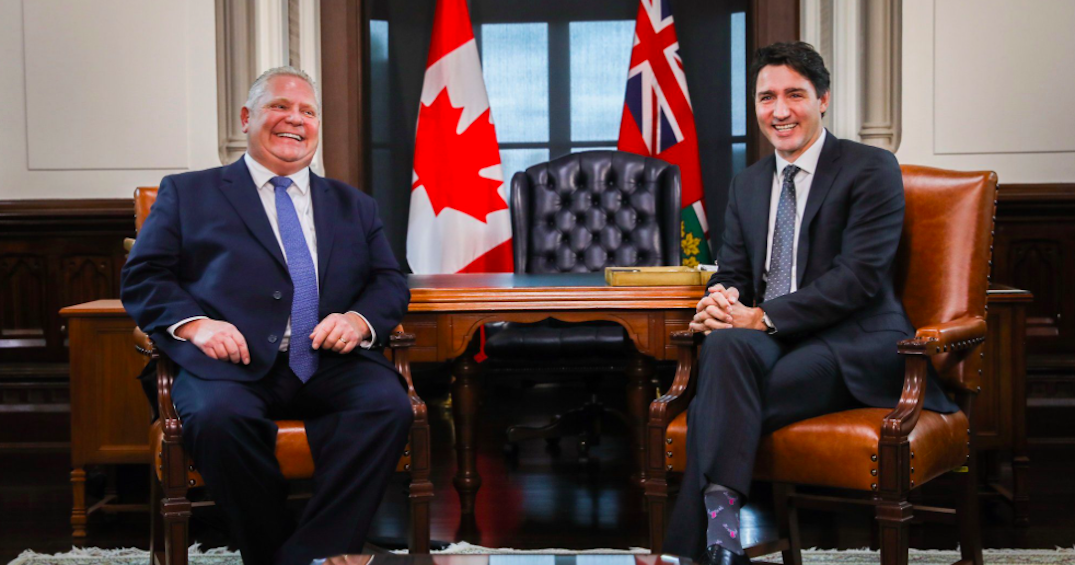 Premier Doug Ford will be joined by Prime Minister Justin Trudeau for his daily COVID-19 updates on Thursday morning.

Both will be joined by Vic Fedeli, Ontario’s Minister of Economic Development, Job Creation and Trade, Navdeep Bains, Canada’s Minister of Innovation, Science and Industry.

This is the third time the Prime Minister and Premier will be giving an announcement together.

In August, they announced that Ontario and federal governments would be partnering with 3M Canada to produce 50 million N95 respirators annually over the next five years.

And they were both in attendance for the “ground-breaking” ceremony of IAMGOLD’s Côté Gold Project.

The press briefing will take place at 11:30 am in Oakville.