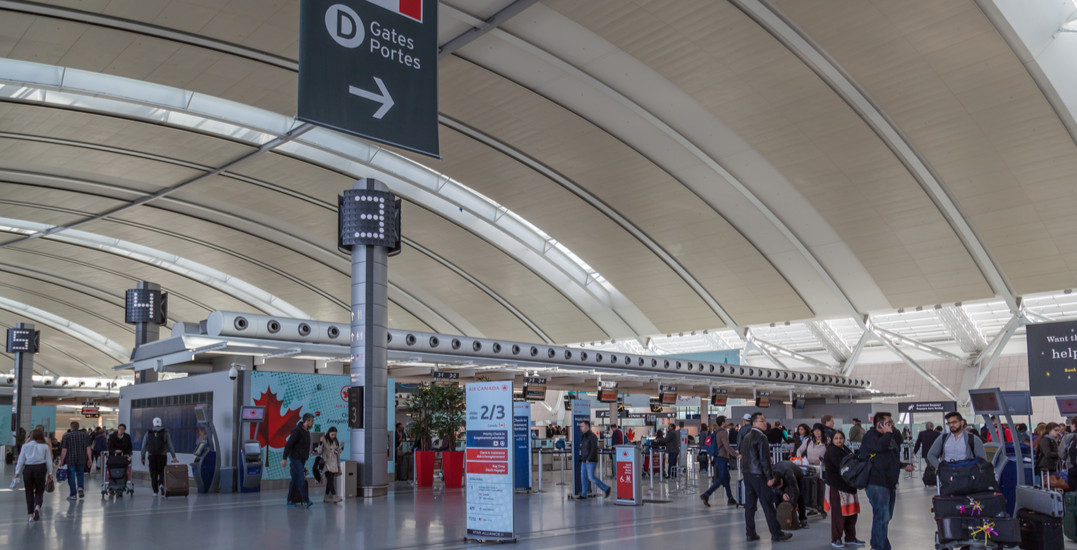 People travelling to Toronto Pearson don’t know if, or when, they’ll be impacted by the new testing and quarantine regulations, and it’s causing some frustration.

Earlier this week, the federal government introduced new testing and quarantine guidelines in light of the Omicron variant.

The government did not provide any additional information or details as to when these requirements would go into effect. Travellers to Canada are now scrambling to figure out if they’ll need to quarantine and where they’ll go for quarantine while they wait for test results.

Many travellers headed to Toronto have tweeted at Toronto Pearson for more information. In response, Pearson has been telling passengers that they don’t have any information on when the new rules go into effect. They are referring people to the Government of Canada’s travel website or to call Public Health Canada for more information.

This mandate has not been made official with a date when it will commence; so we do not have any information yet on how it will be done for arrivals and transfers. Please refer to https://t.co/JHejgn8RcV or call Public Health Canada at 1-833-784-4397.

Even travellers flying into Toronto Pearson as early as tomorrow aren’t able to get clear answers. The federal government could put the new measures in place at any time.

The government of Canada announced that the new regulation will come into effect in the coming days. The exact date for the roll-up of the arrivals testing, quarantine and its parameters have not yet been detailed. For more info please visit: https://t.co/BligK2dwvI

Passengers with connecting flights are also concerned about what this could mean for them. For now, it seems like they would be tested before their connection flight and allowed to continue to their final destination for quarantine, according to Toronto Pearson tweets.

Hello There, You will be tested in Toronto and the quarantine takes place anywhere you plan to isolate yourself. That is what is presumed at the moment.

“We’re currently collaborating with the Government on the best way to implement these changes at Pearson, recognizing that a combination of onsite and off-airport testing must be considered to accommodate the volume of tests contemplated,” they said.

They’re encouraging all travellers to check Toronto Pearson’s Travel Information Hub or their twitter for updates.

Daily Hive reached out to the Ministry of Transport for clarification on the rules and when they will go into effect but did not receive a response by the time of publication.