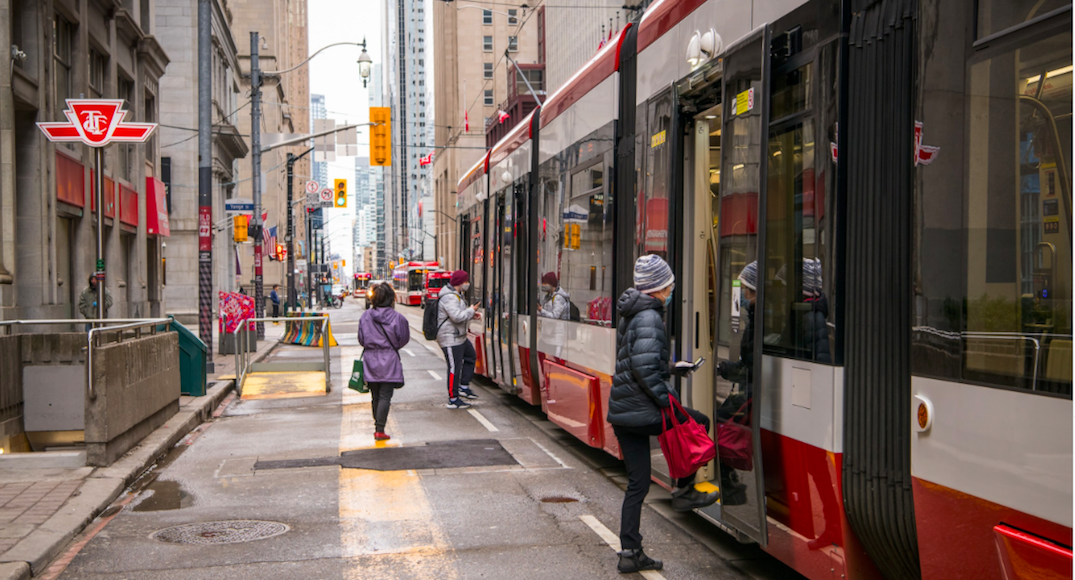 Over 50% of Toronto residents are using public transit less frequently, or not at all, due to the recent Stay at Home orders in Ontario.

According to Moovit‘s 2020 Global Public Transport Report, the big data analyzed from tens of millions of trip requests — together with user research in 104 metropolitan areas across 28 countries — shows new transit habits during the pandemic.

The report highlights that 55% of Canadians are using public transit less frequently and not at all due to the recent Stay at Homes orders. In Toronto, that percentage drops slightly to  51%.

The pandemic has also caused 42% of Toronto transit riders to want to know which vehicles are crowded, before they board, which is the highest in the country.

And 45% would prefer mobile payment for a safer public transit journey due to COVID-19.

Also at play in Toronto are longer commute times, which during the pandemic, have become more of an issue for transit riders when deciding to take the subway or not.

According to the study, Torontonians “endure the longest public transit commute durations, while Vancouverites enjoy the shortest.”

In Toronto, for a one-way trip, the average commute time is 52 minutes. While in Vancouver trips average at 43 minutes. Montreal and Toronto locals tie for enduring the longest wait times, averaging 12 minutes at stops and stations.

It also looks like on average, a transit rider in Toronto has to make three or more transfers per trip, around 25% of the population — the worst in Canada — versus 29% in Vancouver.

However, there are incentives to get commuters back on public transit again.

This includes respecting physical distancing regulations on vehicles and at stops and stations, real-time arrival information for decreased waiting times at crowded bus stops, and a higher frequency of vehicles so that each is less crowded.

As the pandemic becomes an increasingly permanent part of peoples’ lives for the foreseeable future, implementing some long-term public health measures could get more transit riders back on the subway and buses.