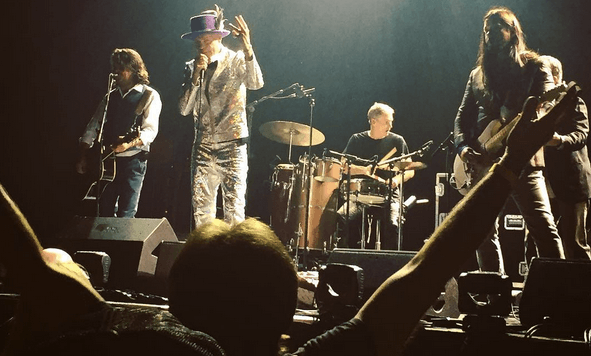 It was officially Tragically Hip Day in Toronto on August 10.

On that warm Wednesday evening, they played their first of three shows at the Air Canada Centre to a sold-out crowd. Earlier this summer, the iconic Canadian band, with nine albums and 14 Juno Awards accumulated over their 27-years together, announced they were touring for one last time following lead singer Gord Downie’s terminal brain cancer diagnosis.

At the ACC, The Hip mesmerized Torontonians, who practically sang through each of the 24 song setlist. The band returns on stage on August 12 and 14. Both shows are sold-out.

In case you missed it, here are some photos from Wednesday’s show to give you all the Hip feels.