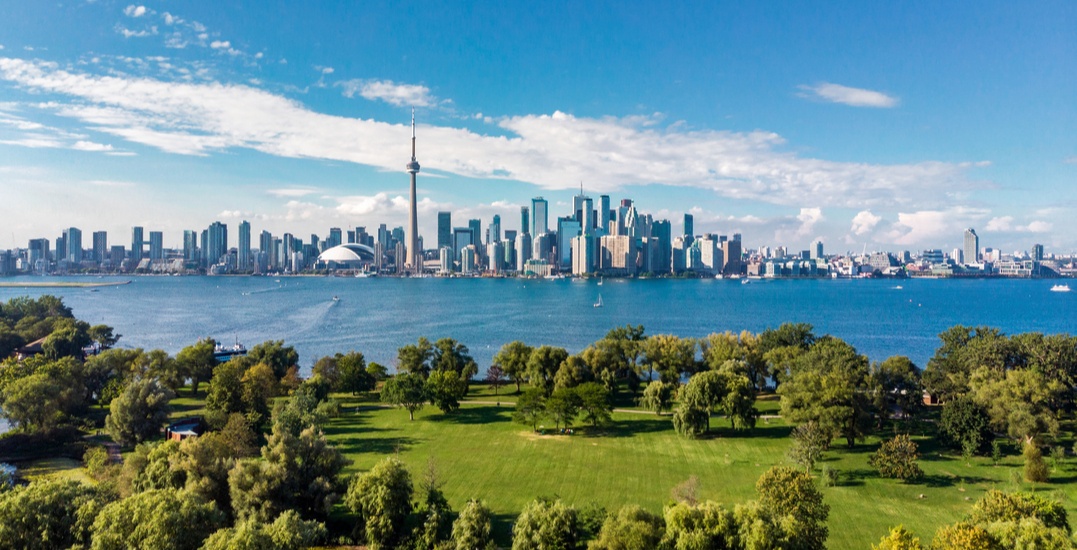 Toronto’s visitors left a huge economic impact on the city in 2018.

The 27.5 million visitors last year generated $10.3 billion for Toronto, according to a new report from Tourism Toronto.

The analysis, titled Toronto’s Visitor Economy: An Economic Catalyst for the City and the Region, showed a significant impact is experienced through “tax revenue, job creation and growth, and overall spend in many industry sectors.”

The revenue, which amounted to $1.8 billion in taxes for all three levels of government, were funds that help pay for essential services and amounts to $1,020 of tax revenue saved for every household in the city, according to Tourism Toronto.

As for employment, nearly 70,000 jobs are supported by visitor spending, generating $3.1 billion in wages for employees and representing 4.6% of all jobs within Toronto.

“The visitor economy is an important pillar in Toronto’s diverse economy, and an incubator for the broader economy that fuels industries and creates jobs for residents,” said Scott Beck, president and CEO of Tourism Toronto.

“This is a destination with visitors as diverse as the city itself. From the leisure travellers, to the delegates here for meetings, conferences, and events, Toronto’s visitor economy is thriving – and when the visitor economy is strong, so is Toronto.”

Tourism Toronto said that visitors provide “a significant economic boost” for communities like Niagara Falls, Ottawa, and Muskoka, with $2 billion spent in those regions.

In Toronto, tourism increased 17% over five years, and it’s not the only thing increasing.

According to the analysis, visitor spending is growing even faster, with a 46% increase from 2013 to 2018. 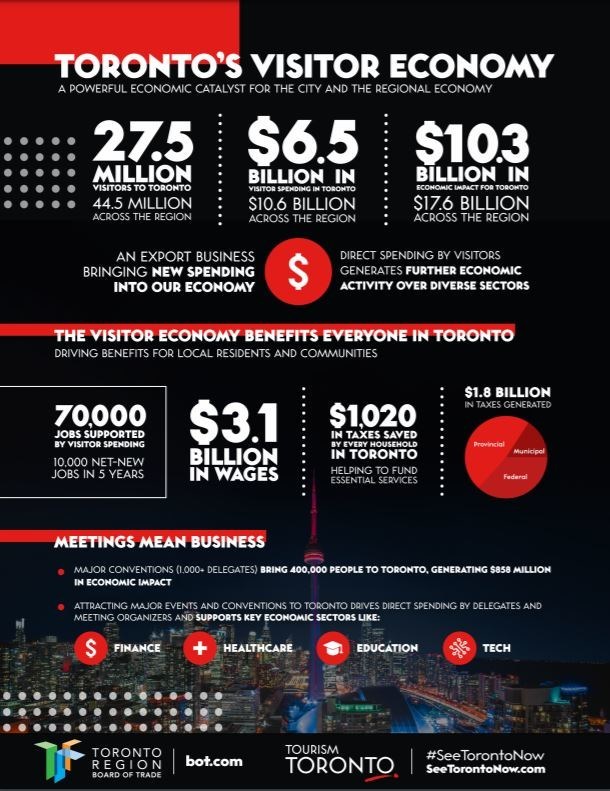 “We are Canada’s downtown – more and more people want to visit Toronto to enjoy everything our city has to offer. This report makes it clear how important our vibrant visitor economy is to supporting jobs and businesses here in Toronto and across Ontario,” said Toronto Mayor John Tory.

“I am committed to working with the federal and provincial governments to ensure we are helping to further grow and strengthen this sector because we know a strong visitor economy here in Toronto is good for everyone.”

And next year’s numbers could go up even higher.