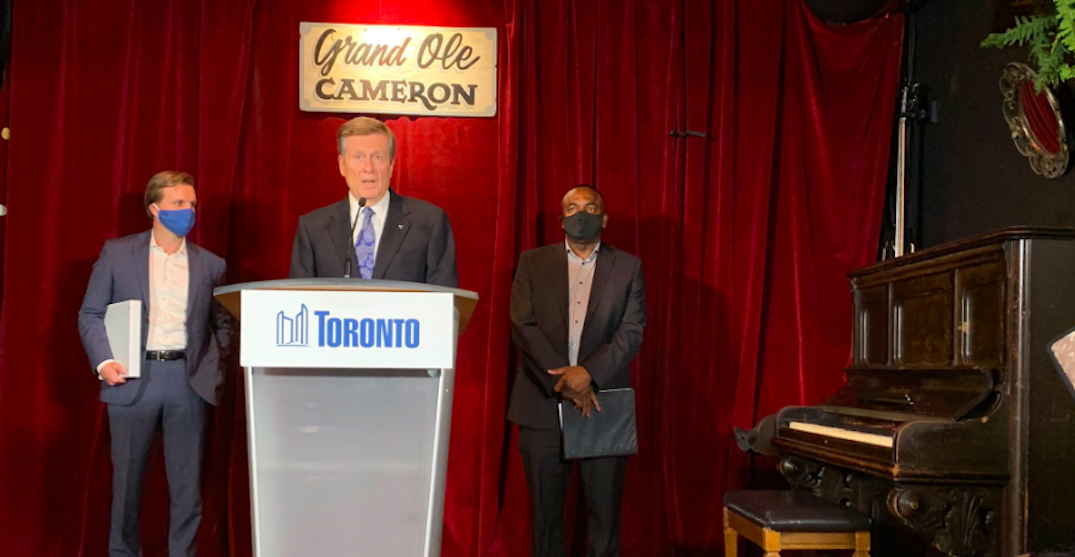 Mayor John Tory announced that $1.7 million in property tax relief will be provided to 45 live music venues in Toronto.

On Thursday, Tory spoke outside The Cameron House, one of the venues that will receive this targeted relief program.

“The expansion of this program to include live music venues is one way in which we can further protect the cultural vibrancy of our city. The music sector in Toronto has been heavily impacted by the COVID-19 pandemic,” Tory said.

“By providing relief to music venue owners and operators we can ensure that they have a greater chance of surviving and staying open.”

According to the city, the 45 live music venues will realize an estimated $1.7 million in combined tax relief – $0.92 million for the municipal portion and $0.78 million for the education portion of their combined property taxes.

“On May 28, city council expanded the Creative Co-Location Facilities Property Tax Subclass to provide property tax relief for live music venues. As a result of this decision, properties that meet specific criteria are eligible to receive property tax relief of up to 50% for the qualifying areas of the building,” the release said.

Following this expansion in May, the city began accepting applications from live music venue operators, the deadline to apply was June 19.

This relief measure will be implemented through the final supplementary property tax notices that will be issued in the fall.

The city added that staff will analyze the impact of this cost-saving measure for live music venues and report to council in 2021.

“This measure is intended to remain in place beyond this year to support the long-term viability of Toronto’s live music sector,” the release notes.

More information about the inclusion of live music venues, including eligibility criteria, is available on the City of Toronto website.