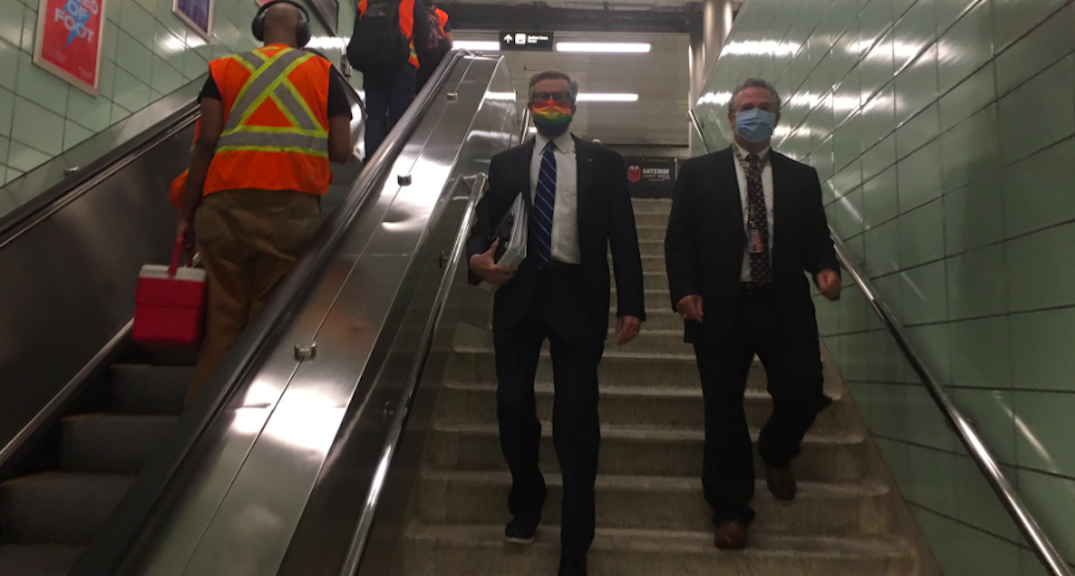 On Thursday, Prime Minister Justin Trudeau announced that $19 billion will be provided to provinces and territories for their municipalities — an increase of $5 billion, from what he had previously promised.

This means that Ontario will be receiving $7 billion, with Ford still deciding on where to allocate the funds in the province.

“While we will await further details as well as the allocation of these funds, I know Premier Ford is mindful of the size and scale of the transit systems in Toronto and in the GTA and the tremendous damage that has been inflicted upon those transit systems in the pandemic,” Tory said.

The TTC has been losing around $20 million a week, and is expected to lose almost $300 million by Labour Day.

Tory added that he is “confident those reality will cause the Premier and his government to ensure that Toronto’s challenges are fairly addressed when this allocation is done.”

Toronto is facing a $1.3 billion net shortfall, even with the more than $500 million in savings and efficiencies.

The mayor has been fighting for emergency funding from the federal and provincial government for sometime, saying the negotiations were challenging due to Canada’s governing structure of “who should be doing what.”

Today, we heard very good news from Prime Minister @JustinTrudeau and the Government of Canada, joined in partnership with the provinces, including our own Province of Ontario. pic.twitter.com/E1M9V45tIc

Toronto, which is Canada’s largest city and produces 20% of the country’s GDP is a main target to help with economic recovery and restart.

On Thursday, Ford said the financial support was a “good deal” and especially thanked Tory for his leadership and collaboration.

Earlier in the day, Trudeau said that the federal government has “been working with our provincial and territorial partners to outline what needs to be done over the next six to eight months, to safely restart our economy.”

As part of this agreement, Trudeau said the government has outlined seven priority areas on which to focus our efforts, including “increased testing and contact tracing, securing more PPE, and more support for the most vulnerable, including for seniors and those in long-term care facilities.”