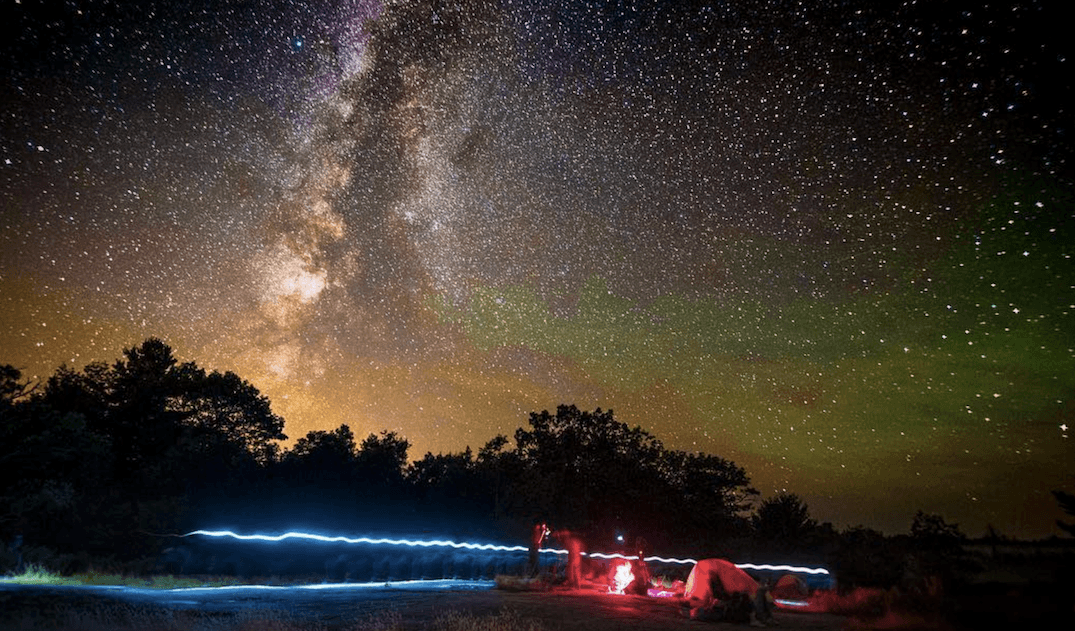 Once in a while, you need to escape the city’s light pollution and gaze at a star-filled sky.

And in Toronto, that escape is just two hours away at the Torrance Barrens Dark-Sky Preserve.

Maintained by the Royal Astronomical Society of Canada, a dark-sky island like the Torrance Barrens is the only place to properly see other galaxies so remote that the light from their stars takes millions of years to reach Earth, according to the Preserve.

“At the Torrance Barrens, the ancient constellations and planets shine forth in majestic profusion. On occasion, the northern lights (aurora borealis) are visible – often as greenish wisps but sometimes as spectacular curtains of colour,” states the Preserve. “Rich star clusters, wispy nebulas, the cloud banks of Jupiter and the rings of Saturn are all visible with a beginner’s telescope.”

And the geological formation of the area is part of what makes this such a beautiful setting in nature.

A post shared by Happy Films Photography (@happyfilmsphotography) on Jun 8, 2017 at 2:02pm PDT

The Torrance Barrens is 1,905 hectars (4,707 acres) of landscape that’s characterized by low ridges of Precambrian Shield, which formed approximately 2.5 billion years ago, according to the Preserve. It’s also the first officially recognized Canadian dark-sky preserve, having been designated as such in 1999.

Protected or undeveloped land virtually surrounds the region, acting as an additional buffer from urban lighting, making this a remarkable place to view starry skies.

Torrance Barrens Dark-Sky Preserve is located on Southwood Road in Gravenhurst. If you are driving north on Highway 11, turn west onto District Road 13 (between Gravenhurst and Washago), then drive about 20 minutes until you see the brown Torrance Barrens sign on your right. Parking is in the area to the left of the sign.

And if you don’t believe us, just have a peak at these photos.

A post shared by Julius Ding Photography (@juliusdingphotography) on Jul 17, 2017 at 8:48am PDT