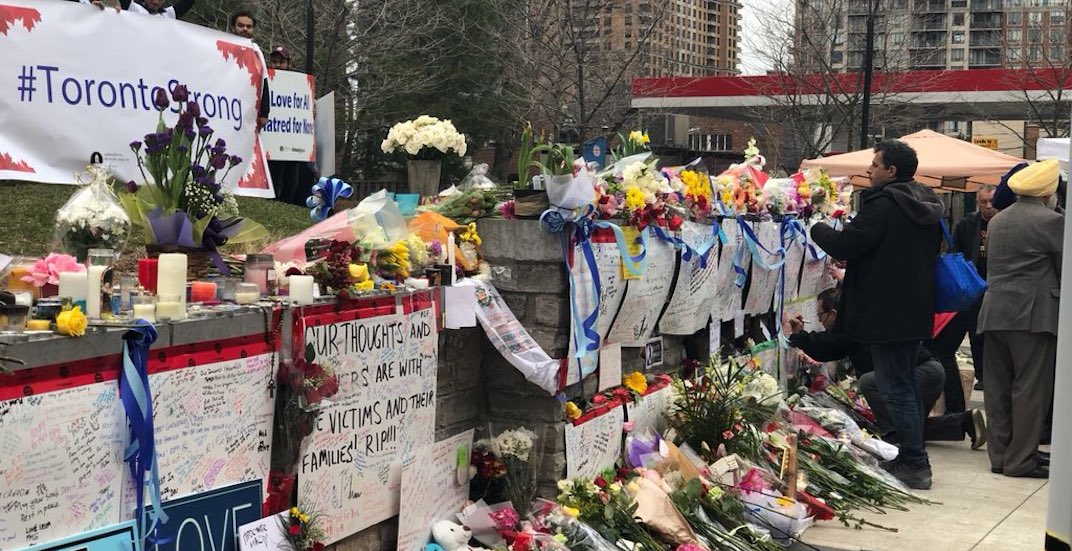 The #TorontoStrong Fund has surpassed $2.5 million in donations.

The fund, established by the City of Toronto and Toronto Foundation in response to the April 23 attack on Yonge Street, will be making its first transfer of funds to Victim Services Toronto to cover the initial expenses of families connected to the victims and survivors.

According to the City, the initial $500,000 donation will be allocated towards the families’ funeral expenses, travel, accommodation, and other immediate costs incurred following the tragedy.

“The #TorontoStrong Fund was created to ensure generous donations from individuals, corporate citizens and community organizations motivated to help after the terrible tragedy on Yonge Street reach those who need it most,” said Mayor John Tory, in a release.

Thank you to everyone who has donated to the #TorontoStrong Fund. More than $2.5 million has been raised so far. More info on the fund here: https://t.co/xDYKcQ5A0J pic.twitter.com/XrQ5i7Ub3e

“We will work with our partners to ensure this fund is distributed in a thoughtful, impactful and accountable manner and thank all those who continue to support our city through these donations.”

Officials say donations have also continued to come in through a partnership with Canada Zakat, a project of DawaNet. The GoFundMe campaign set up by the organization has now raised approximately $220,000 to support the families and victims of the attack.

Those interested in supporting the #TorontoStrong Fund can donate online, by cheque or can text TORONTO to 80100. Donors can select a $5, $10, $20 or $25 donation through the Mobile Giving Foundation campaign.