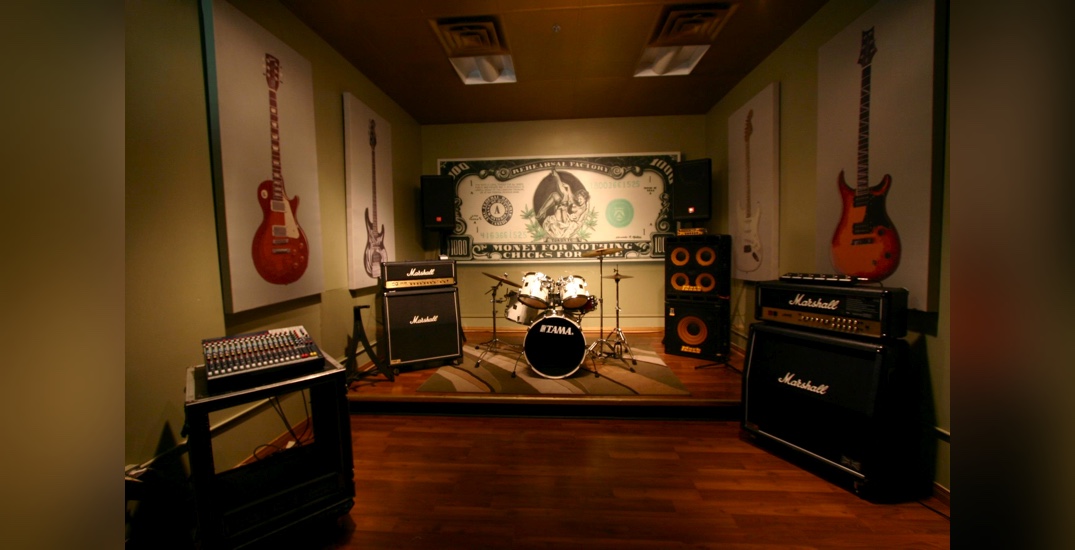 Pour one out for the Greary Avenue Rehearsal Factory which will be shutting its doors to musicians this March.

Musicians quickly shared their eviction letters on Twitter. The photo of a letter said the Greary Avenue rehearsal space had been sold. The letter signed, “Keep on Rocking,” gave musicians their two months notice.

“All musicians must vacate their studios by midnight on March 15, 2022,” the letter says.

“Keep on rocking” is the funniest way to end this pic.twitter.com/VFCONYynV5

This closure comes less than a year after the Rehearsal Factory closed the Richmond Street West location.

In October, megachurch C3 released a brochure indicating that they had purchased the rehearsal space. According to Exclaim! Rehearsal Factory owners had originally intended to work out some sort of lease to allow musicians to retain their studios for three to five years.

On the bright side I cannot think of worse vibes for a megachurch than on the site of Geary Ave Rehearsal Factory.

Given that musicians must pack up and go by March 15, 2022, those plans didn’t come to fruition.

Musicians and creatives have been expressing their anger and frustration on social media. Many have been left with no rehearsal space to go to, and Toronto has few on offer.

A friend posted a pic of notice to vacate his band’s monthly rehearsal space at the Rehearsal Factory on Geary Avenue by March 15th.

“Countless musicians honed their craft here, and there is simply no replacement. This has left bands and artists without a place to practice or prepare for recording,” Marit Stiles, NDP MPP for Davenport, said in an open letter to Minister of Heritage, Sport, Tourism and Culture Industries Lisa McLeod.

Stiles said that Toronto’s creative industry is under threat as venues and creative spaces are sold off to developers or private owners.

“I write to you to highlight a growing threat to the viability of our local arts and culture community: the rapid loss of space to make, practice, perform and display new work,” Stiles wrote.

Well. Rehearsal Factory is donezo. Got our 2 months today.
Literally every single band in town rehearses in this building.
RIP 😢

Only one thing to do

“Keep on rocking,”…if you can find the space.