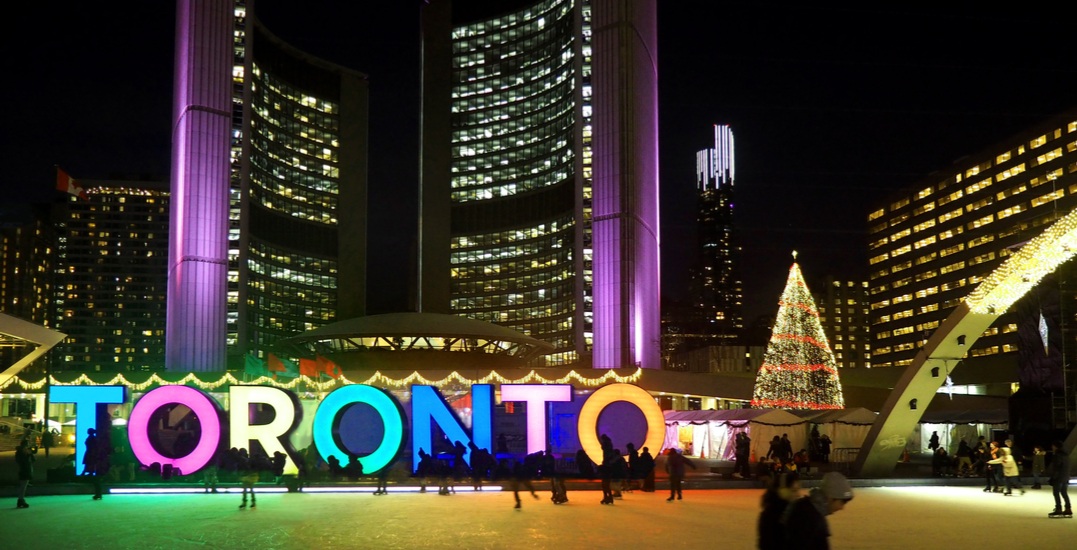 Alright Toronto, it’s officially socially acceptable to start getting into the holiday spirit.

Last week, The Hudson’s Bay and Saks Fifth Avenue kicked off the holiday season by revealing their iconic holiday windows and today, the city’s official Christmas tree will arrive at Nathan Phillips Square.

The city’s official Christmas tree is being put in place! To be decorated over the month. #Toronto pic.twitter.com/hcNgvpvk1B

The 60-foot tree is arriving in preparation for the 51st annual Cavalcade of Lights, which will take place on November 25 and will feature the first lighting of Toronto’s official Christmas tree along with a spectacular fireworks display.

Over the next few weeks, a crew of four people will be in charge of decorating the tree, which will glitter with more than 525,000 lights and 700 individual ornaments and will light up Nathan Phillips Square through to New Year’s Eve.

The arrival of the tree is an ideal photo opportunity to capture a longstanding and beloved tradition that signifies the start of the holiday season in Toronto.

The tree is truly a sight to see and a holiday tradition that every Torontonian should partake in. If you haven’t had a chance to check out the tree before, here are some incredible pictures from last year’s Cavalcade of Lights.