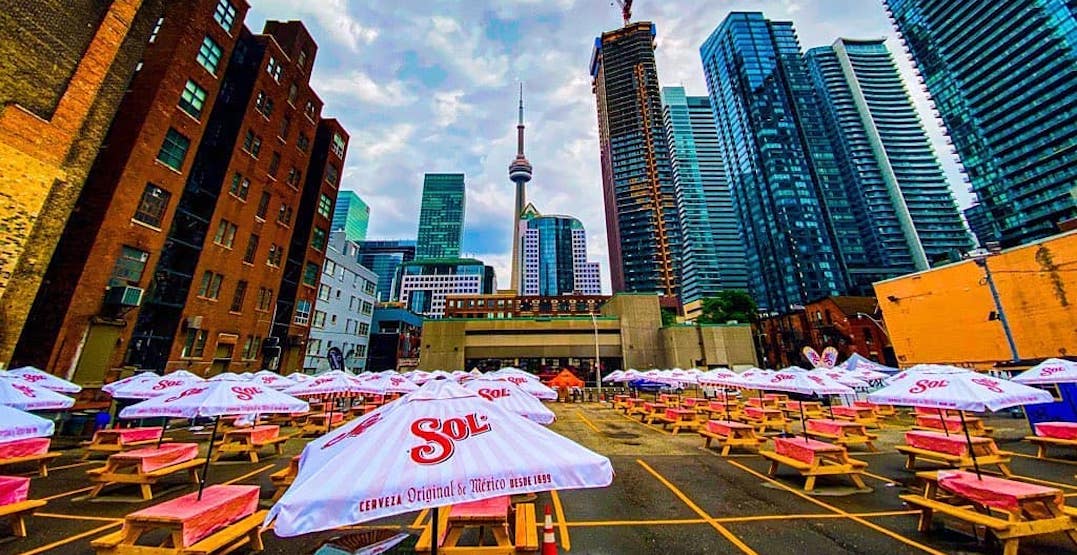 Toronto’s got the cream of the crop when it comes to patio choices, but a newly-opened space downtown might just take the cake.

Rendez Views, brought to the city by The Fifth Social Club and The Ballroom, is coined Toronto’s “biggest outdoor picnic.”

The new spot for eats and — more importantly — drinks, has officially taken over the sprawling parking lot at 229 Richmond Street West.

Open from Wednesday to Sunday from 4 pm ’til late, this is the hottest new place to soak up the sun, feel the summer air, sip cocktails and munch on snacks with a view of the CN Tower.

Rendez Views operates with a token system, so instead of fiddling with cash or cards you can easily trade coins for your drink of choice. Tokens go for $10.50 each, including taxes and gratuity.

One token will get you a beer can, RTD can, something Red Bull or something Tito’s — think Belgian Moon, Bee’s Knees, Tropical Rum Bull or Tito’s Lemonade, while two tokens will get you something whipped up at the Martini Bar or Bacardi Bar.

If you’re hungry, you can touch-base with a server to learn about the food specials of the day.

And, of course, the space is operating in a physically-distanced manner, with safety precautions in effect. After all, why’d you think such a giant outdoor space was selected?