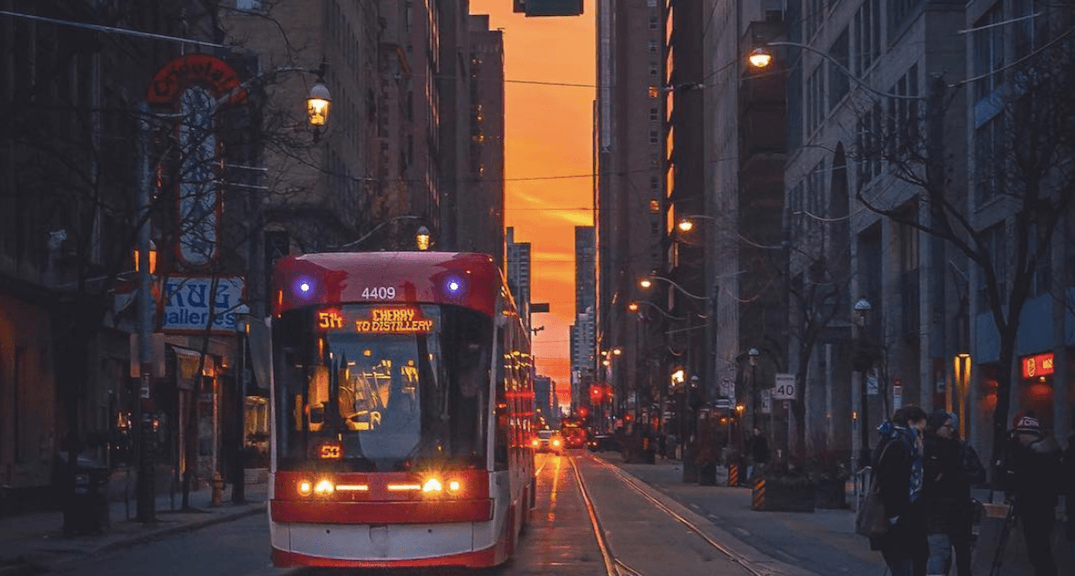 We told you last week that this weekend’s sunsets would be worth it.

And although Saturday was cloudy, last night, thanks to the grid that is the city of Toronto, the sun set perfectly down the middle of Toronto’s east-west streets, resulting in a spectacular urban sunset known as Torontohenge.

Or, at least, it did for the most part.

There were some clouds again, driving west was a nightmare, and not everyone managed to line things up perfectly – but the results still speak for themselves. Check out these photos from last night’s Torontohenge, and make sure you have your camera ready when the next one arrives in October.