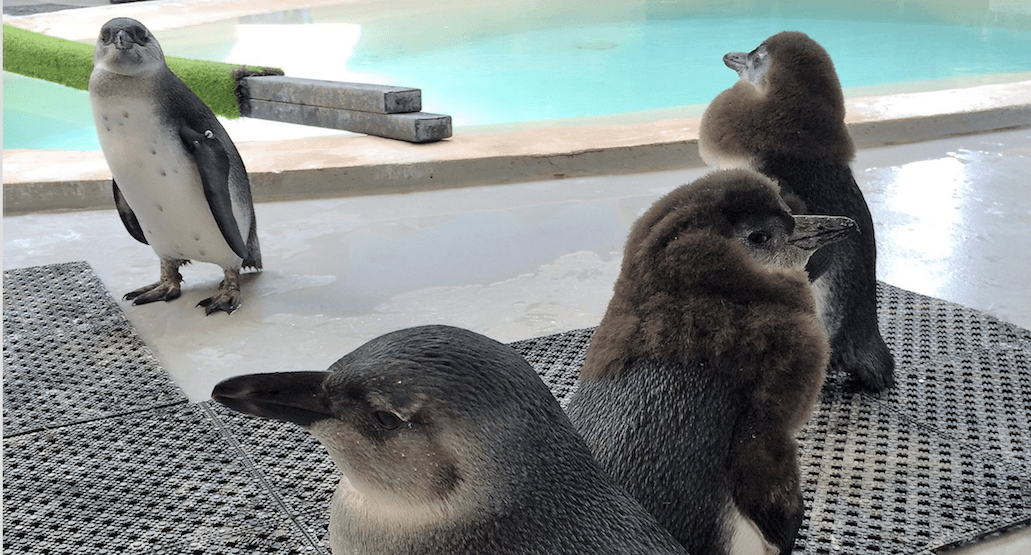 The Toronto Zoo just shared the cutest photos of their baby penguins.

In case you missed it, the Zoo announced the successful hatching of its four African penguin chicks over the Easter weekend.

Two of the little ones have now almost lost all their baby hair, and are looking adorable.

Our 4 African penguin chicks have almost lost all of their downy feathers 🐧(Chicks 1 & 2) pic.twitter.com/AxOjtAQJ4U

The other two chicks still have hair on their chest, but are just as cute and photogenic.

Chick 3 & 4 still have some on their shoulders and head at ~day 60. They all have their grey/white adolescent plumage and their chest spots🐧 pic.twitter.com/1Fg1llsYiZ

All four have now been introduced, and are starting to bond.

We have started intros between our 4 youngsters 🐧 See their friendship session below 😊 pic.twitter.com/RtLbVyCnrH

And the two older chicks are getting to swim in their own pool, in what is probably the best video you’ll see today.

Chick 1 & 2, the “big kids”, have become terrific swimmers and now have 24 hr access to their very own pool! 🐧 pic.twitter.com/12iRoDx0FR