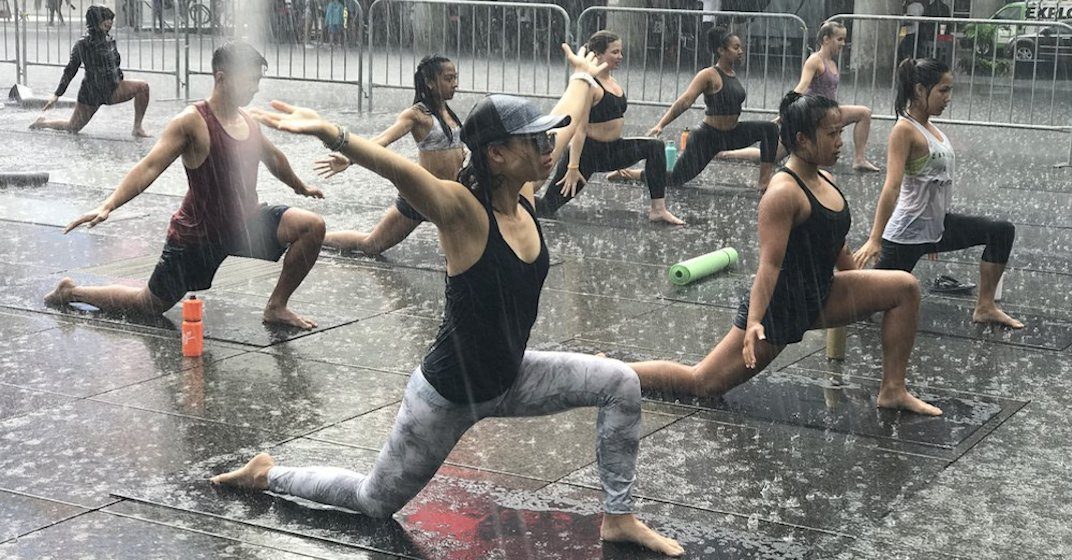 And shortly after the free yoga class started, dark, menacing clouds rolled through Toronto, followed by what felt like a short-lived monsoon.

But even a brief rainstorm couldn’t stop these yogis from perfecting their downward dogs, as the class continued as the rain poured down.

From the photos and videos shared online, a dozen yogis can be seen completing their poses despite the heavy rainfall.

Thank you @CityNews for the great shots of our launch of Yoga in the Square today in the rain! pic.twitter.com/whCG2nuqDj

First day of Yoga in the Square was fun! Thank you to everyone who came and stuck it through the rain. See you next week! #YDSquarehttps://t.co/MISDHvXJM6 pic.twitter.com/18cNmq6VS0

Yoga in the Square is back next Monday, and hopefully it will be a little less rainy.