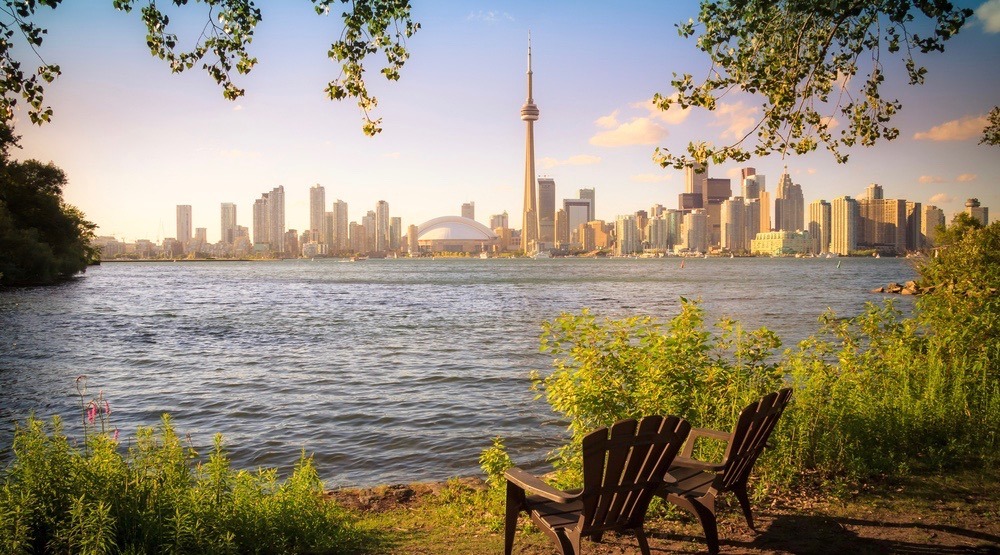 Toronto has come a long way in shedding its reputation as just another Americanesque concrete jungle of Yahoo Answers past.

The city has refused to stagnate on its industrial foundation and is now recognized as one of the most innovative cities in the world, and an early adopter of green technologies. In fact, a focus on the environment helped Toronto in being named the fourth most livable city in the world by The Economist last year.

Indeed, The Big Smoke, as a nickname, is obsolete (we’ve had less smog advisories in the past 10 years than the three years preceding that period). With 19% tree cover, ‘a city within a park’ is more like it.

Here are 7 things Toronto has done, and continues to do, to be one of the greenest cities in the world…

The number of LEED-certified buildings in downtown Toronto has more than doubled in the last three years, with more than a dozen buildings in LEED’s uppermost platinum category.

While LEED is all green and fine, some developers are going a step further by pursuing ‘net zero’ projects. Net zero essentially means that a building creates as much energy as it consumes, usually through on-site solar and wind technologies.

The Centre for Green Cities at the LEED platinum certified Evergreen Brick Works, for example, is approaching net zero equilibrium, while Toronto’s Mount Dennis neighbourhood aims to be the city’s first net zero community… if Google doesn’t get there first (more on that later).

It’s not just new buildings getting green, either. A vast partnership of Toronto-based organizations created the Tower Renewal Partnership in 2011 to revitalize neighbourhoods built in the post-war period. The initiative’s goal is to improve energy efficiency and conservation in around 1200 buildings that were constructed between 1945 and 1984 and are home to half a million residents.

Almost all of the city’s major agencies and commissions have a hand in the project, which has raised millions of dollars for comprehensive environmental retrofit projects in apartment buildings. 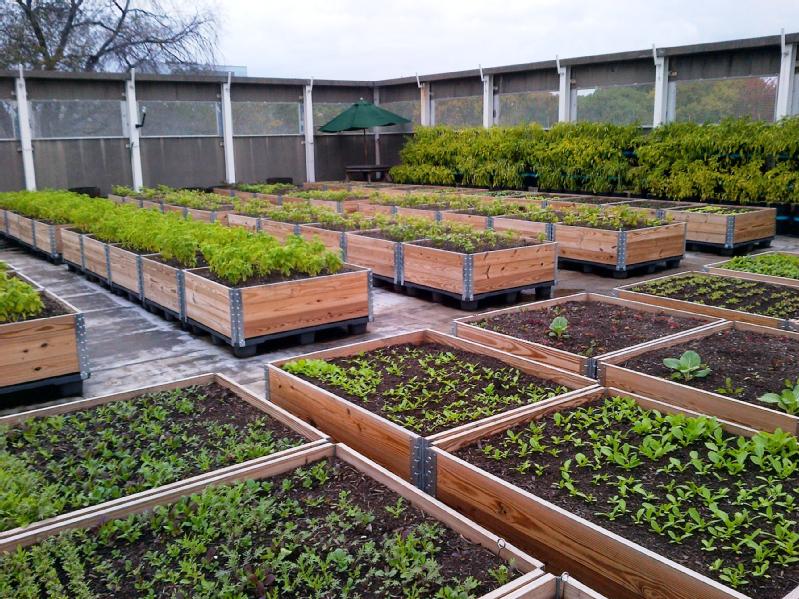 Community initiatives, like rooftop gardens and the installation of solar panels, combined with municipal and provincial projects like electric transportation and the construction of laneway houses, are among TransformTO’s plan to transform the city into “the most livable in the world.” (Watch out, Melbourne).

Earlier this year, a fun little project by MIT called Treepedia identified Toronto as having one of the world’s “most luxuriant” urban forests. While we wrote an article to quell the hype of that particular finding (only 10 cities were evaluated), Toronto’s tree cover is undoubtedly impressive. About a fifth of the city is covered by a green canopy, which is significantly higher than cities like Paris (8.8 per cent), New York (13.5 per cent), and London (12.7 per cent).

Look, we can’t say Toronto is a haven for cyclists, but biking in the city – both in terms of volume and infrastructure – has greatly improved. The downtown core boasts an extensive network of bike paths and there are signs that vehicles and cyclists are learning to share the road. The city has also seen an explosion of bike sharing services and locations, with thousands of bikes available across the city at any given time. 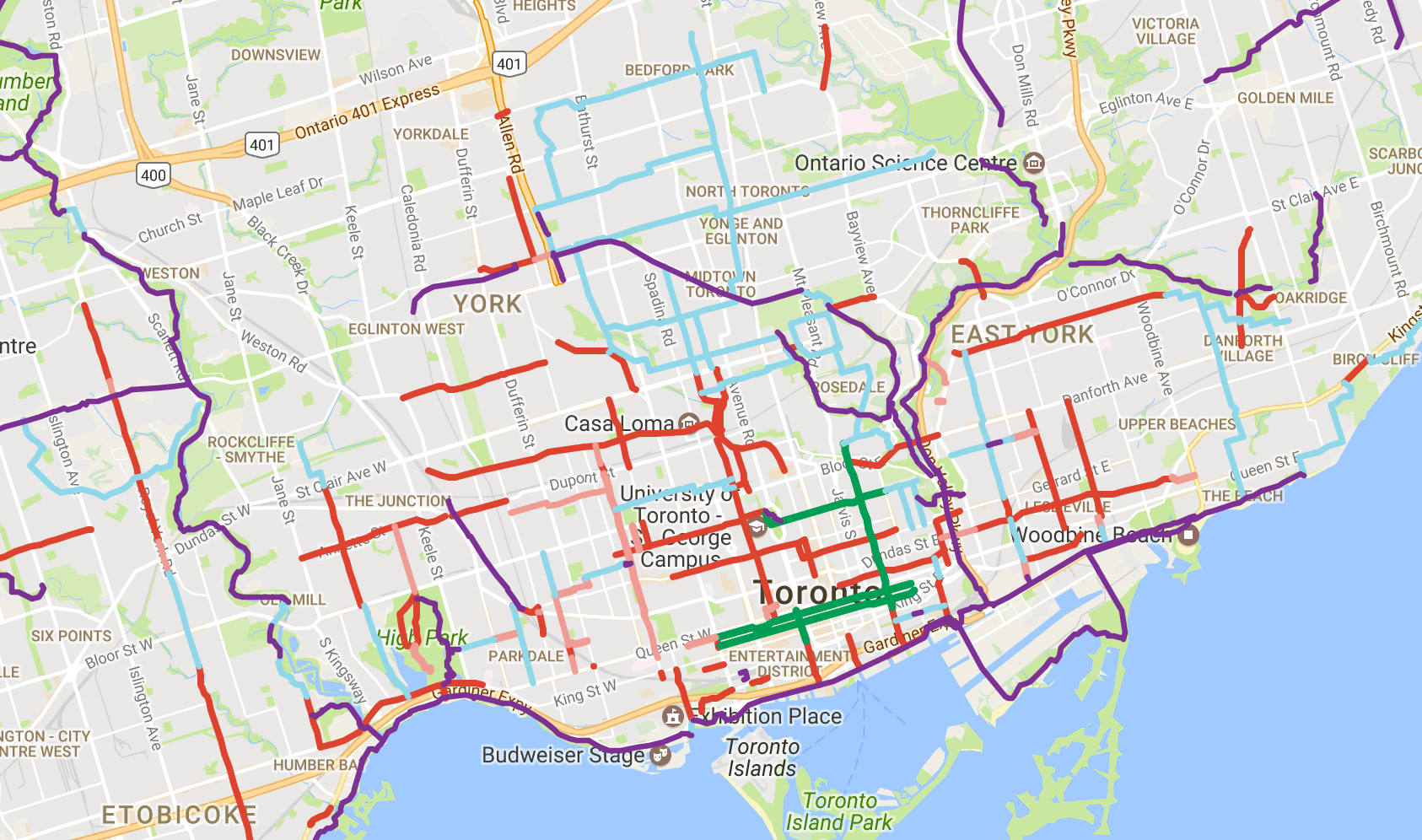 A few weeks ago, Google’s holding company, Alphabet, announced plans to develop 12 acres of Toronto’s waterfront in a hyper-tech microcosm that promises to push the boundaries of urban planning. While details of the project are scarce, we can assume that the company’s ‘digital city’ vision will incorporate the greenest of technologies to create a super sustainable, energy efficient micro-city. If the model proves to be successful, it could pave the way for many of Toronto’s other underdeveloped neighbourhoods to pursue such endeavours.