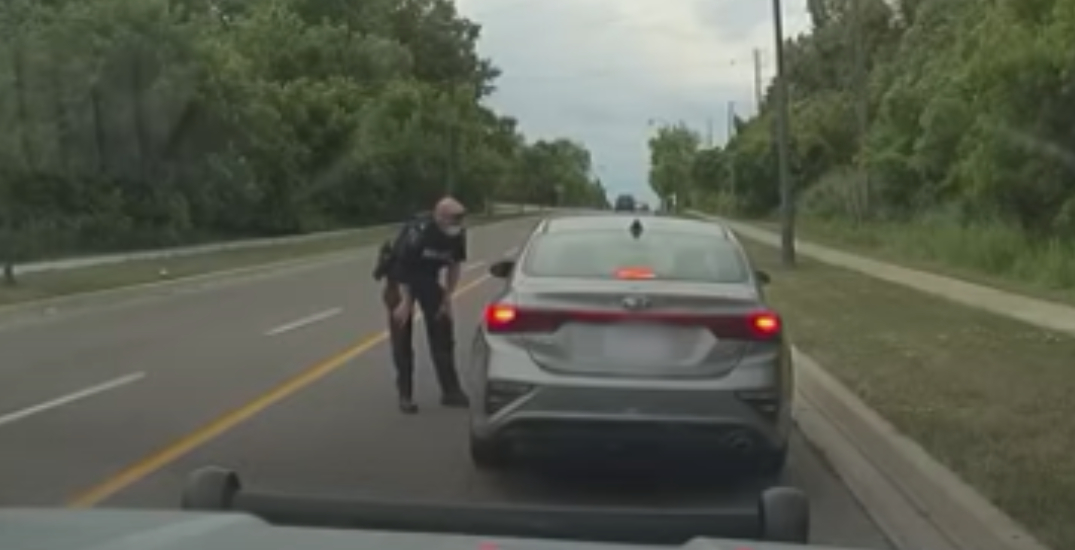 A 33-year-old Toronto woman is facing several charges after allegedly drunk driving with a child in the car.

Around 6:45 pm on June 24, York Regional Police (YRP) said an officer observed a vehicle driving erratically and going through a stop sign in Vaughan.

The officer pulled the driver over in the area of Clarence Street and Wycliffe Avenue, and “quickly formed grounds” to arrest her.

Police said there were two passengers in the vehicle, one of whom was a five-year-old girl.

In footage of the incident shared on YouTube, the officer can be heard telling the woman that he can smell alcohol as he explains why he pulled her over.

When he asks for her licence, she instead shows him a picture of rapper J. Cole and a map on her phone.

“Ok. You’re under arrest. You’re drunk,” the officer says. “You’ve got a kid in the car for God’s sake.”

YRP said the driver has been charged with several offences, including impaired operation, 80 plus, and driving while under suspension.

“We are not giving up in our fight against impaired driving,” YRP said. “We consider these incidents life-threatening crimes in progress and will continue to respond to these calls.”