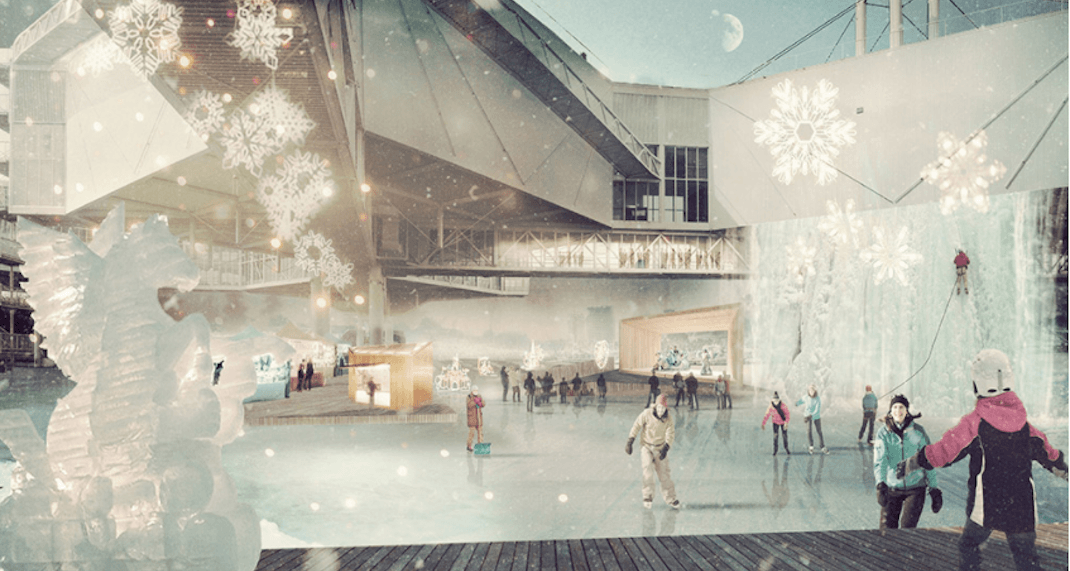 Park renderings of Ontario Place in winter/Ministry of Tourism

As part of the province’s revitalization project to transform Ontario Place into a year-round waterfront destination, the park will be welcoming a new festival this December: Winter at Ontario Place.

The new festival will feature various winter-themed activities including the Winter Light Exhibition, which is a free event running from December 8 to March 18.

The light exhibition will be open to the public seven days a week, and visitors will get a chance to skate on the new synthetic skating rink and take in film screenings at the newly re-opened Cinesphere.

Highlights for the winter season will include:

Winter Light Exhibition
Experience the creativity and innovation of the 12 illuminated exhibits by local artists that will project, shape, transmit, reflect or contain light. The Winter Light theme mimics Ontario’s winter landscape. There will be exhibits ranging from illuminated water forms, digital winter themed imagery, structures emanating light from within, a 12-foot-tall freestanding icicle silo and many more unique exhibits.

Skating
On-site services for the new rink will include skate rentals, skate sharpening, snacks and beverages, and music piped throughout the site.

Movies at Cinesphere in IMAX
The world’s first permanent IMAX theatre has re-opened and will feature a variety of programming throughout Winter at Ontario Place.

Evening Bonfires
Warm-up at the waterfront with an Ontario Place hosted bonfire located on the north end of Cedar Cove on the West Island, which is perfect for warming up post-skate.

Trillium Park and William G. Davis Trail
Located on the East Island of Ontario Place, the new park space is open for all to enjoy year-round. Explore the winter wonders at Toronto’s waterfront with snow covered hills, accessible and cleared paths and lots of room to build snow sculptures. 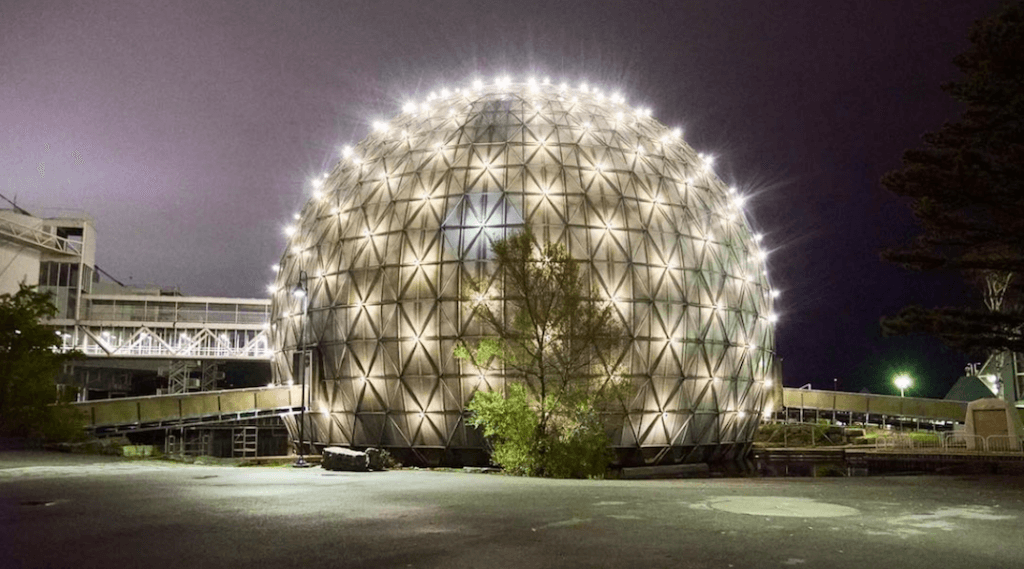