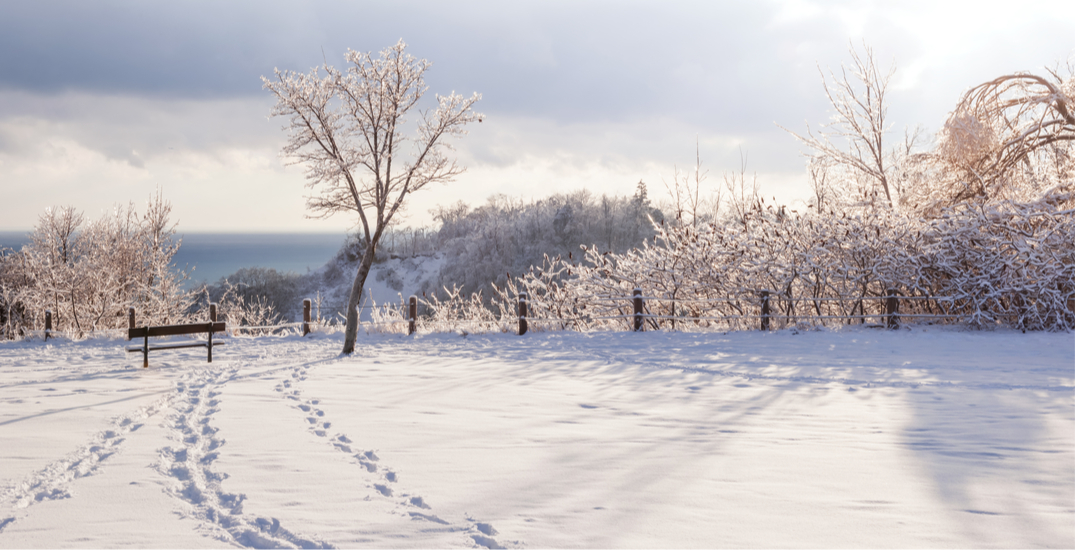 It’s nearly Christmas, and many people in Toronto can see a light dusting of snow across the city, but will it stick around for the holidays?

It turns out, it’s a big maybe, according to The Weather Network. While Toronto and much of southern Ontario saw snow this weekend, warm weather leading up to Christmas may melt it away.

Tuesday temperatures will be sunny and mild, at 2°C. Warm enough that it may get rid of what little snow remains on the ground. Don’t worry; all hope isn’t lost!

Toronto’s chances of a white Christmas are about 50/50 right now. A couple of storm systems could bring some flakes to the city, but it will depend on the storm’s track, the forecast says.

Christmas Eve has the potential to bring a mix of rain and snow, which could potentially wash away any snow from this weekend.

The Weather Network says that Toronto has a medium chance of a white Christmas. Areas north of the GTA will have a higher chance of seeing snow.

So will it be a white Christmas in Toronto? Well, you might just have to wait until Christmas Day to find out.