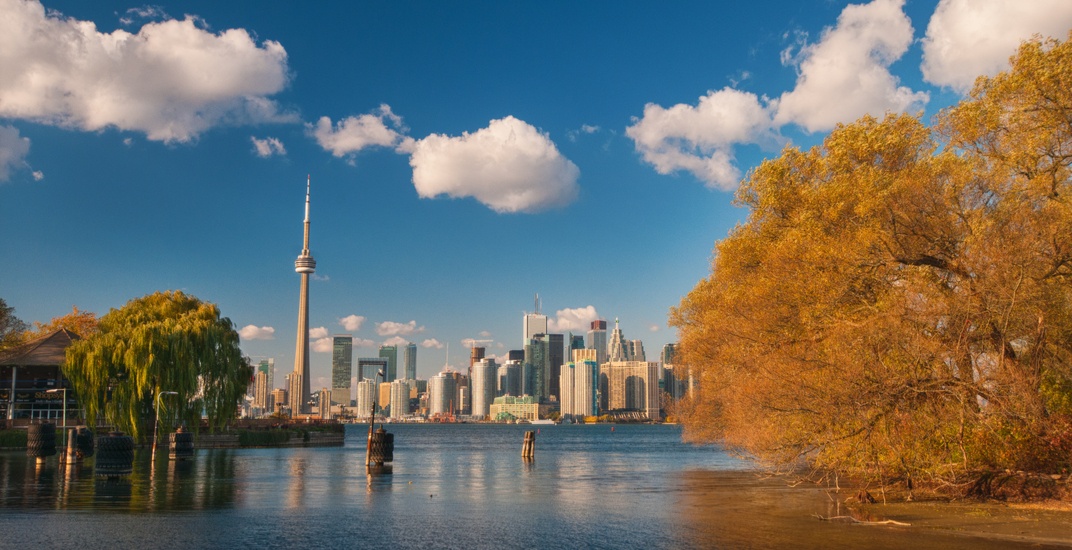 Get ready for a major temperature swing in Toronto this week.

While it’s not the snow that blanketed Calgary over the weekend, Toronto will see a jump of 27°C from Tuesday to Friday.

According to The Weather Network, Monday kicks off the week with mild temperatures, reaching a high of 18°C, that will feel more like 20°C.

By Tuesday, temperatures are expected to soar back up to 30°C, that will have the Toronto feeling closer to 38°C. Yes, it’s going to feel like almost 40°C tomorrow.

But that heat won’t last.

Rain is being forecasted for Wednesday, and will stick around until Friday, when it’s expected to be mainly sunny, but cold.

The cold front moves into Toronto on Friday, when the high will reach 12°C, but will feel even colder. 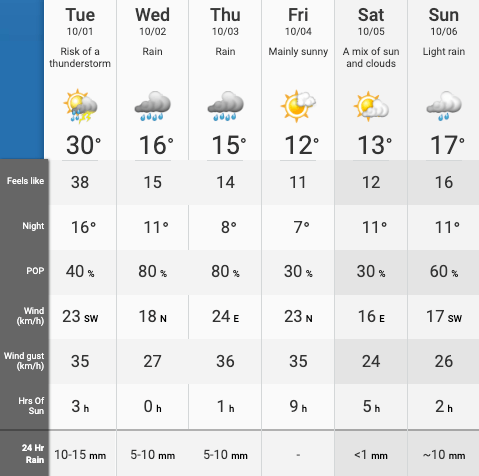 So while the week kicks off warm, it looks like fall has arrived. Right on time, during the first week of October.