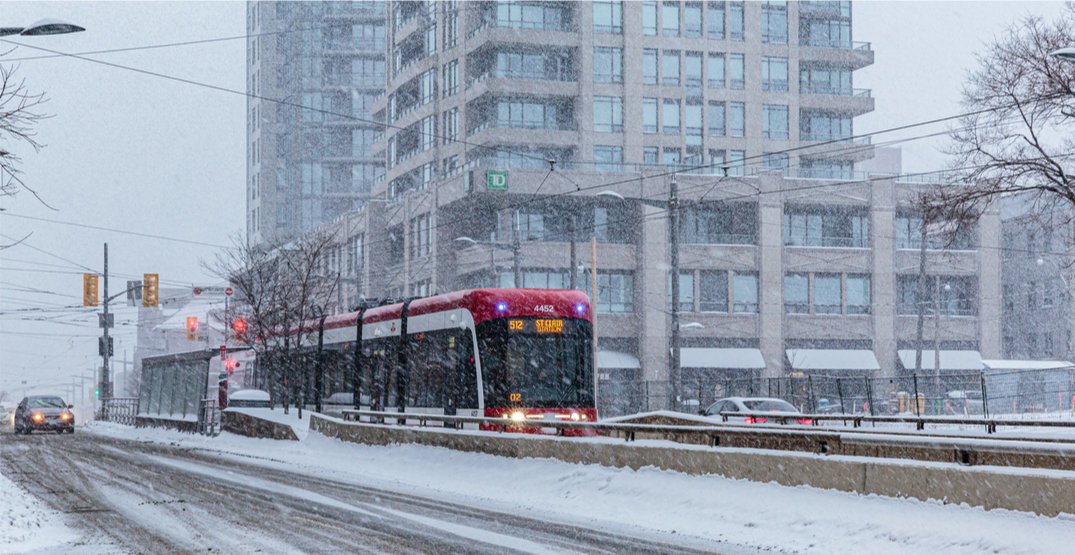 It’s not winter in Toronto yet, but it looks like the cold fluffy white flakes will be falling from the sky this week.

According to The Weather Network, while it remains around 7°C in Toronto on Tuesday morning, temperatures will fall by the end of the week.

Wednesday’s forecast is calling for snow-rain showers, and the high will be 4°C, although it will feel more like 0°C. And by Thursday, there is snow in the forecast.

It’s expected to feel like -1°C, and the network is forecasting 1-3 cm of snow to fall that day. 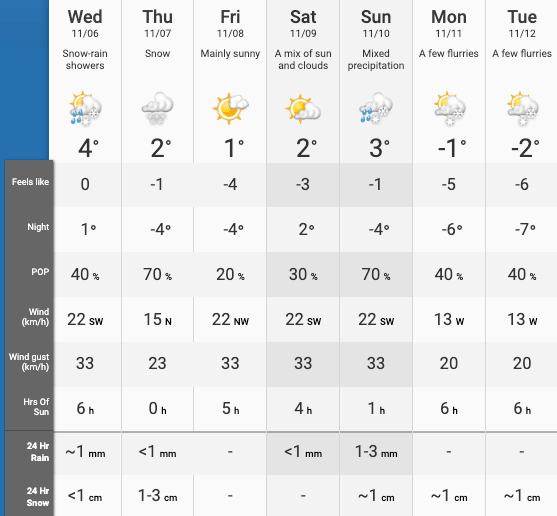 The good news is, it looks like it won’t be sticking around.

“A weak disturbance is expected to track across southern Ontario on Wednesday, bringing the chance for a mix of rain and snow through the evening hours, though with no accumulation expected across the Greater Toronto Area,” says The Weather Network.

It is calling this the first snow of the season for the area.

“This will likely be the first snow of the season for the GTA and Niagara region,” says Weather Network meteorologist Dr. Doug Gillham.

And temperatures will continue to drop further with daytime highs barely climbing above freezing by Friday, and wind chill values feeling several degrees below, according to The Weather Network.