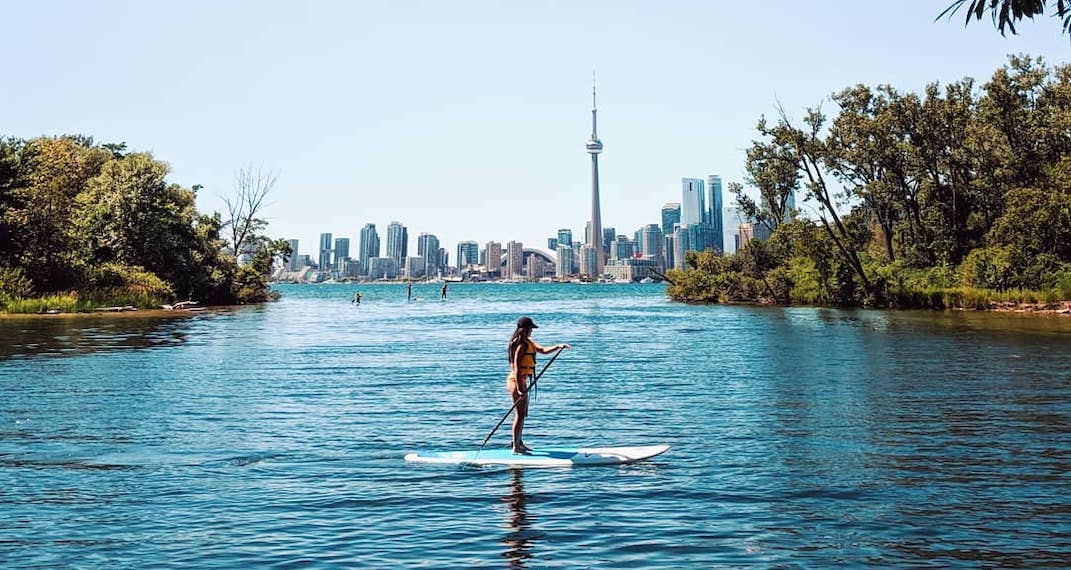 As the city continues to fight to protect the Toronto Islands from flooding, a new report prepared for the Toronto Region Conservation Authority (TRCA) has proposed building a new beach on Ward’s Island for the same reason.

It’s a project that has a total estimated cost between $13.9 million and $16 million depending on the chosen flood protection option for the Island.

The project would also include the addition of a new beach and promenade on Ward’s Island, running north from the existing ferry docks, similar to a design Baird has used on other projects, including the Rockley Boardwalk in Barbados, according to the report.

“The promenade is intended to draw in visitors disembarking from the ferry and direct them along the shoreline rather than down residential streets,” reads the report. 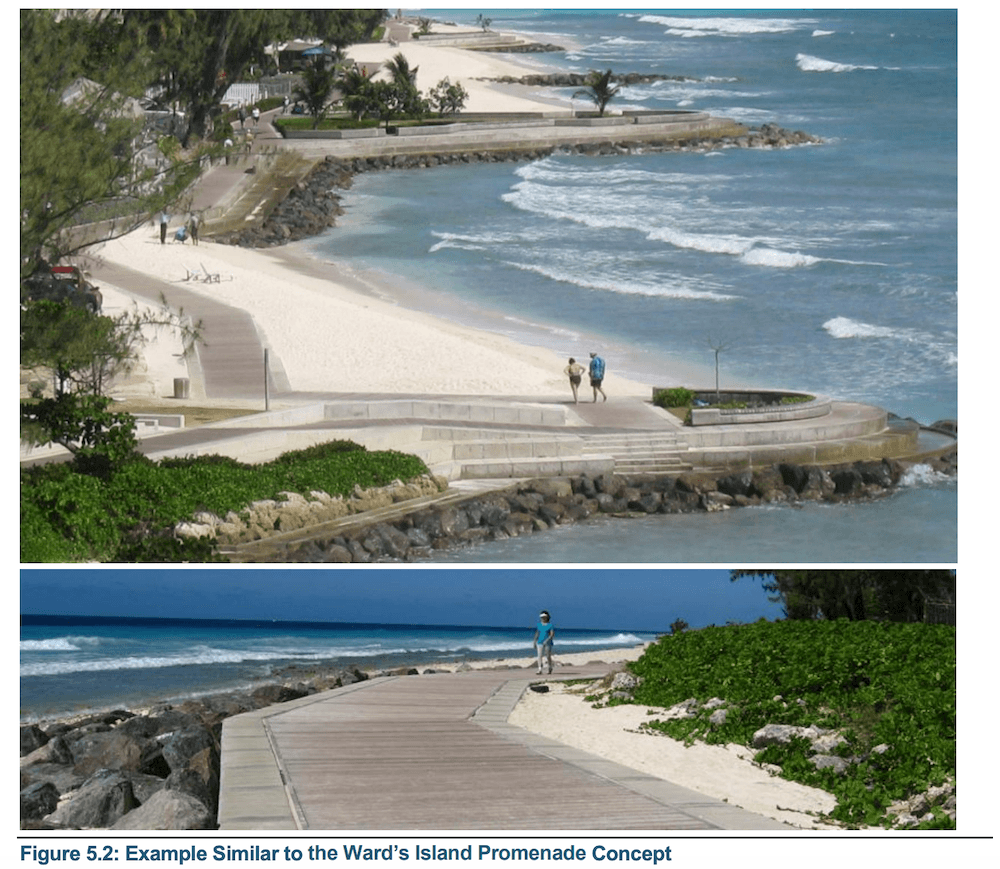 Focused on “community-scale flood protection measures,” the report highlights several “flood mitigation alternatives” that would help protect areas on the Islands that were most affected by the extreme 2017 flooding situation, which cost $8 million in damages and losses to the city. 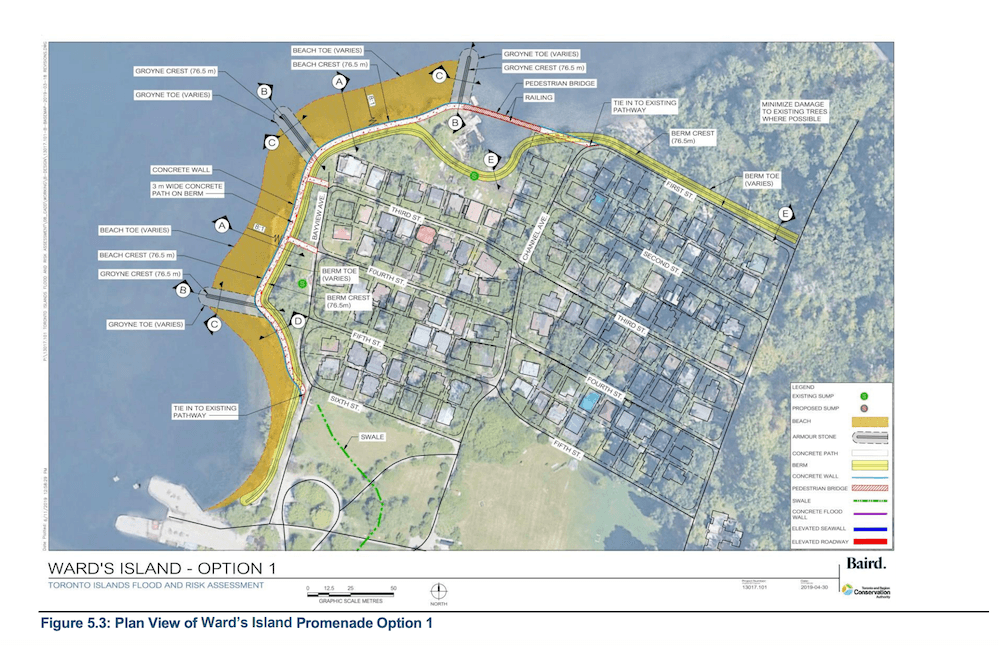 Option 1 would see a promenade extend from the Ward’s Island ferry dock to the intersection of First Avenue and Lakeshore Avenue. It would also include three groynes, three beaches, and a pedestrian bridge over the Ward’s Island cove.

Option 2, while similar, would see a shorter promenade extend from the Ward’s Island ferry dock to the intersection of Bayview Avenue and Third Avenue, and just two groynes and two beaches. 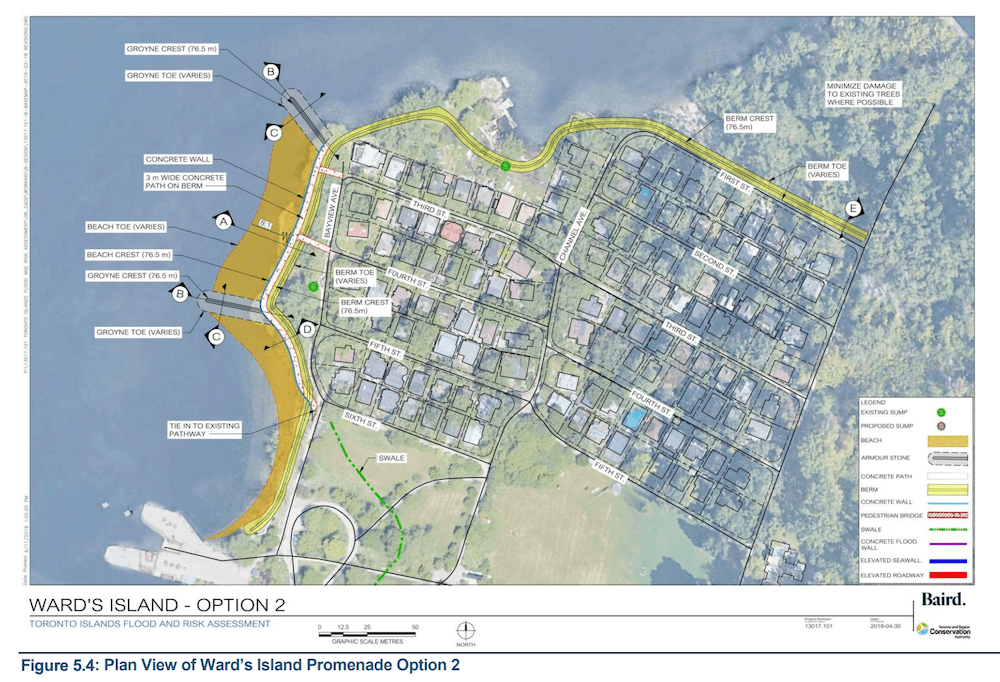 Flooding on the Islands began in early May and luckily the city had proper preventative measures in place to help curb wide-spread flooding, including thousands of sandbags and industrial water pumps.

Currently, the ferries to Centre Island and Ward’s Island remain operational, while the Hanlan’s Point ferry remains out of service due to high lake levels.

Additionally, a shoreline hazard warning remains in effect, reminding the public to exercise caution while walking along the water, especially during times of heavy wind or wave activity, which make boardwalks and other pathways along Lake Ontario’s waterfront dangerous.