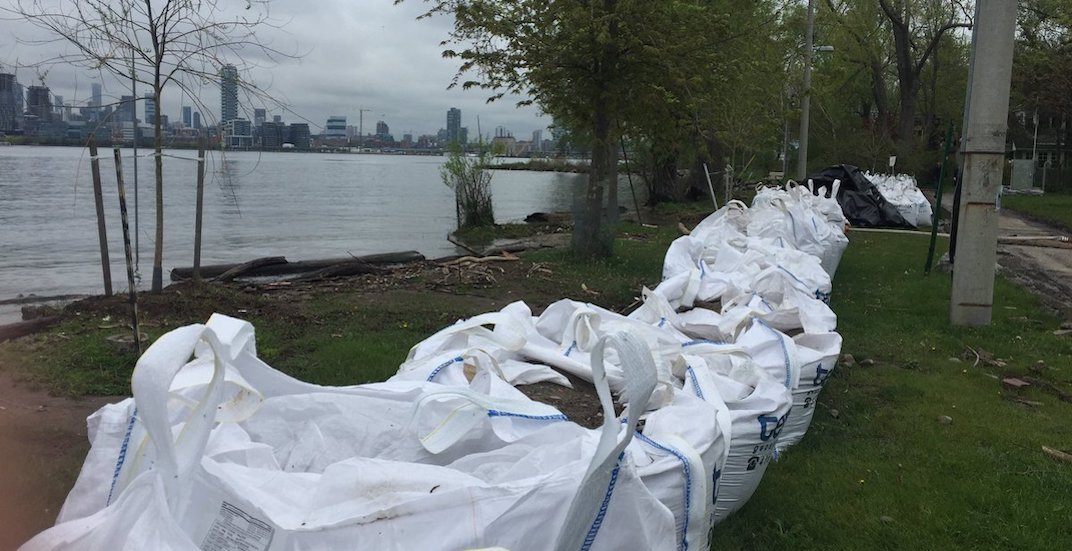 As Toronto braces for a windstorm that’s expected to cause significant wave action and damage to the Toronto Islands on Thursday, the city is taking precautionary measures to prevent as much flooding as possible.

Toronto officials say the storm may cause breaches in multiple areas on the Islands.

This comes as Lake Ontario’s water levels reach those of 2017, which caused serious flooding on tiny islands and resulted in devastating damage.

City crews are now “working around the clock to do everything they can to protect all parts of the Islands,” said city councillor Joe Cressy on Wednesday.

Currently, 30 pumps are operating, and have been “critical” in removing water from breached areas, said Cressy.

Additionally, there are 15,000 sandbags placed around the Islands, with another 9,000 expected to arrive today—this includes 30-metre bags that are being deployed in residential areas that are vulnerable to waves.

Cressy says the city is committed to doing “everything possible” to ensure the Islands remain safe and open to the public.

But the Spadina-Fort York councillor says simply setting up sandbags each year isn’t a viable solution to the problem.

“As I have said before, as the climate crisis accelerates, annual sandbagging cannot be the solution.”

This is a difficult time for local residents, who are also working tirelessly to protect the Islands. We are all grateful for volunteer assistance from visitors and the public – all are welcome to assist.

In 2017, Lake Ontario water levels reached a peak of 75.93 metres, which resulted in portions of the Islands to appear swallowed by lake waters.

As residents waited for water levels to drop, sandbag walls were erected, and ferry service was restricted to the general public for weeks.