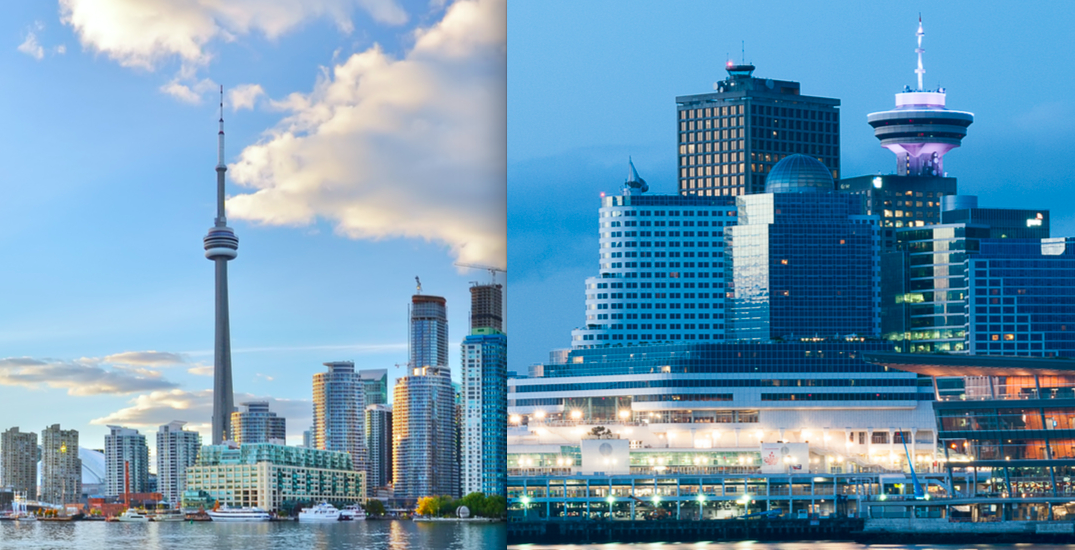 Although Canada’s winters are full of surprises, there are certain things that we in the Great White North have come to assume.

One of these assumptions is that during the second week of January, Toronto (and Eastern Canada in general) will be colder than its Western Canada counterparts such as Vancouver.

However, it looks as though that assumption can be tossed out the window this week, based on the latest weather forecast for both cities.

According to The Weather Network, while Thursday will be cold in Toronto, temperatures will rise comfortably above zero into the weekend. We’re talking highs of 5°C on Friday, and highs of 9°C on Saturday.

Meanwhile in Vancouver, a substantial dose of winter weather is set to start on Thursday night.

Following that, it gets even colder, with a blast of arctic air coming to the South Coast of British Columbia.

According to The Weather Network, Vancouver will be in for several days of below-freezing temperatures next week, and it’s forecasted to feel as cold as -12°C.

Meanwhile in Toronto, temperatures are expected to hover between -2°C and 2°C into next week.

So yes, this means that beginning on Friday and heading into next week, Toronto will be warmer than Vancouver. In January.

Of course, it’s not all clear in Toronto.

According to The Weather Network, while Thursday will be cold, temperatures will rise comfortably above zero into the weekend.

But they said that “the warmup will be accompanied by a messy weekend system that will start off with record-breaking rain, then a few hours of freezing rain as the cold returns.”

That’s right. Record-breaking rain in the city. For those keeping track, this sounds much more like a forecast for a Vancouver January than one for Toronto.

In summary, regardless of whether you’re in the east or the west this weekend, making plans to stay indoors might not be a bad idea.