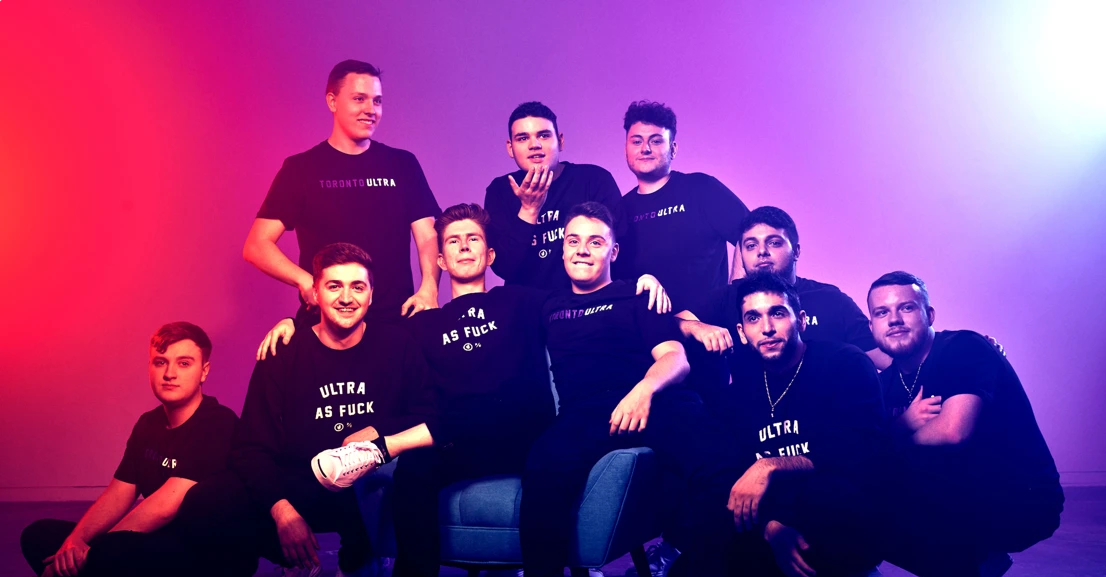 On October 24, OverActive Media (OAM), the first global esports organization to own teams in the biggest three franchised leagues, unveiled the name, logo, and full roster for its new Call of Duty team, the Toronto Ultra.

The unveiling was made in front of 1,500 fans at Rebel Entertainment Complex in downtown Toronto.

“One year ago today, we launched our Overwatch franchise, the Toronto Defiant in an intimate venue on Queen Street,” said Chris Overholt, president and CEO of OverActive Media. “Launching our second Toronto franchise is part of our plan to put our city on the map when it comes to the global esports conversation.”

In its inaugural season, pro teams compete in 5-versus-5 Call of Duty: Modern Warfare multiplayer matches, on PlayStation 4. The professional competition features the best Call of Duty esports players from around the globe, battling for the ultimate prize: The Call of Duty League Championship.

2. The league they’ll play in

The Call of Duty League is a global, city-based esports league composed of 12 professional teams, representing 11 markets across North America and Europe.

Toronto is the only Canadian team.

According to the league, the matches will be played around the globe in the home market of each team in the league.

“The regular season is divided into two splits — not including the postseason,” reads the website.

“Throughout the season, teams are ranked by match wins and losses to determine who advances to the playoffs. The post-season will feature the top eight teams from the season, including two wild card spots that advance to the playoffs. During the Call of Duty League Championship Weekend, the final six playoffs teams will face off in double-elimination competition until the final two pro teams go head to head in the Call of Duty League Championship.”

The 10 players representing Toronto in the augural 2020 Call of Duty League season were unveiled on October 24.

For those interested, you can meet the Ultra esports players in Toronto on October 25.

Just head to Peace Collective’s Ossington Avenue flagship between 5 to 8 pm for a fan meet and greet. There will also be limited collab merch to celebrate the brand launch.