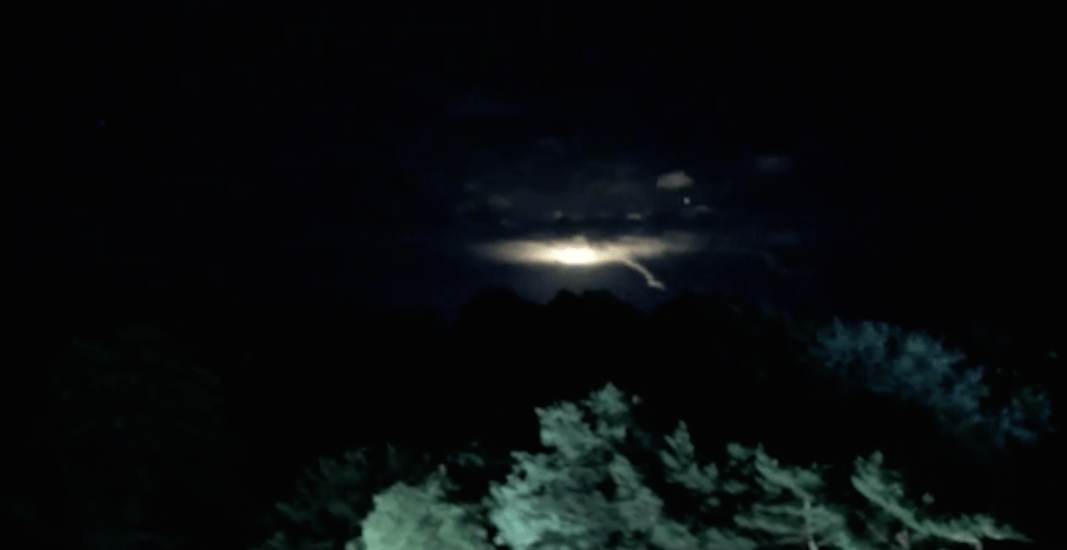 Toronto, we have a problem.

The city’s skies lit up Thursday evening with what appeared to be a fireball-shaped object hovering in the night sky.

The mysterious, large ball appeared before midnight, prompting reports of UFO sightings in Pickering and Scarborough.

The strange glowing orb flickering in the eastern sky caused quite a stir on social media, with numerous Twitter users sharing photos and videos of the unidentified object, which one user said just hovered in the sky instead of moving or disappearing.