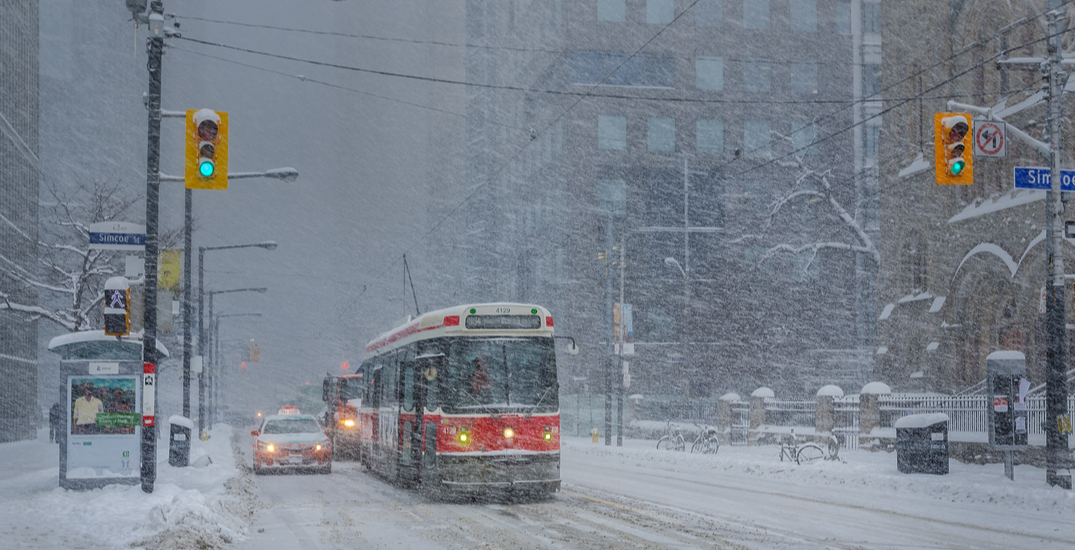 Environment Canada has issued a weather warning for Toronto ahead of double storms that could bring up to 25 centimetres of snow to the city.

The alert was issued Sunday afternoon, and notes that “two rounds of precipitation” are expected to roll in before Tuesday.

The first round should begin overnight or early Monday morning, and is expected to blanket the city in five centimetres of snow by the afternoon. The forecast calls for a high of -6°C.

The flurries may temporarily stop, but the weather authority said “even heavier snow” is expected to move in by Monday evening.

This second round will last until Tuesday morning, dumping an additional 10 to 20 centimetres of snow on Toronto. Temperatures are expected to drop to -8°C.

The flurries should stop by Tuesday night, but snow is in the forecast for Thursday and Friday of next week as well.

Environment Canada warns that people should prepare for quickly changing and deteriorating travel conditions as the snow starts.

Visibility may be suddenly reduced in heavy snow, they said, and surfaces such as highways, roads, walkways, and parking lots may become difficult to navigate as the snow accumulates.