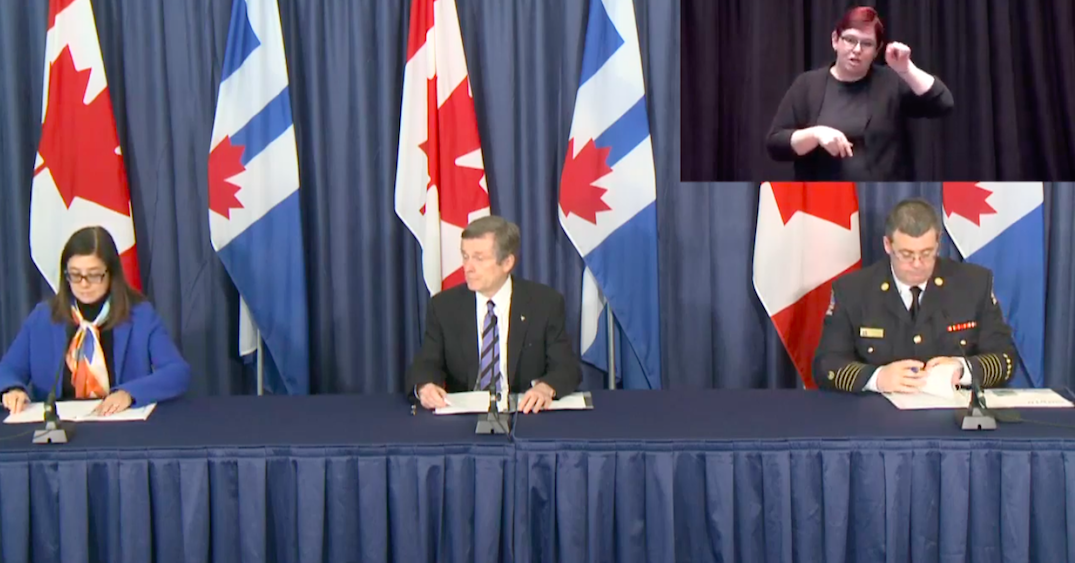 Mayor John Tory called on the federal government for immediate emergency funding as the City will lose around $1.5 billion as the COVID-19 pandemic continues to have a significant impact on the economy.

On Thursday, Tory said that Toronto is the country’s economic engine and will need federal and provincial funding to keep “frontline services strong.”

“The impact has been brutal, we are losing records amount of money.”

Tory said the City is losing $65 million a week and that over the three month lockdown and six month recovery period, Toronto will lose $1.5 billion, in the “best case scenario.”

“I am calling for decisive national leadership,” Tory said, adding that he asked for emergency funding two weeks ago.

Around $10 to $15 billion will be needed for Canadian cities with $7.6 billion given to all municipalities and $2.4 billion allotted to Toronto, as it has a comprehensive transit system.

Tory called for the federal government to give a single transfer of the money for the City to use as soon as possible.

The mayor said that “intergovernmental wrangling” cannot get in the way of cities receiving the funding needed to provide the necessary support.

“Without emergency funding, we are running out of time. Shelving significant capital projects right now is not a good idea and enabling city debt won’t work either.”

Tory emphasized that only the federal and provincial government will see income, sale and corporate tax, once the rates rise after the pandemic is over to support the economy and debt that has been created.

“This has always been the case, which I won’t get into now. But we need to have a share of that money,” Tory said.

“It is time for national leadership to help cities.”

De Villa said that the Board of Health met during a virtual meeting on Thursday and received unanimous approval for the COVID-19 response and recovery work that will be underway as select businesses reopen.

“We have requested federal and provincial support to advance our work so we can can also improve access to housing, social services and how we use and share public space,” de Villa said.

She confirmed that there are 249 new coronavirus cases, making the total 6,914 with 4,364 cases recovered. And, there are 522 reported deaths.

As new cases continue to crop up on a daily basis, there has also been a concerted effort to test the 300 staff at the seven emergency child care centres in Toronto.

Chief Matthew Pegg said that the all staff are being tested, and hope to have all the tests done by early next week.

He confirmed that an outbreak at Jesse Ketchum Child Care Centre now has 13 staff who have tested positive for coronavirus with 40 results coming back negative and 19 awaiting their results.

And, seven children have tested positive with 20 tests coming back negative, as 30 await the results.