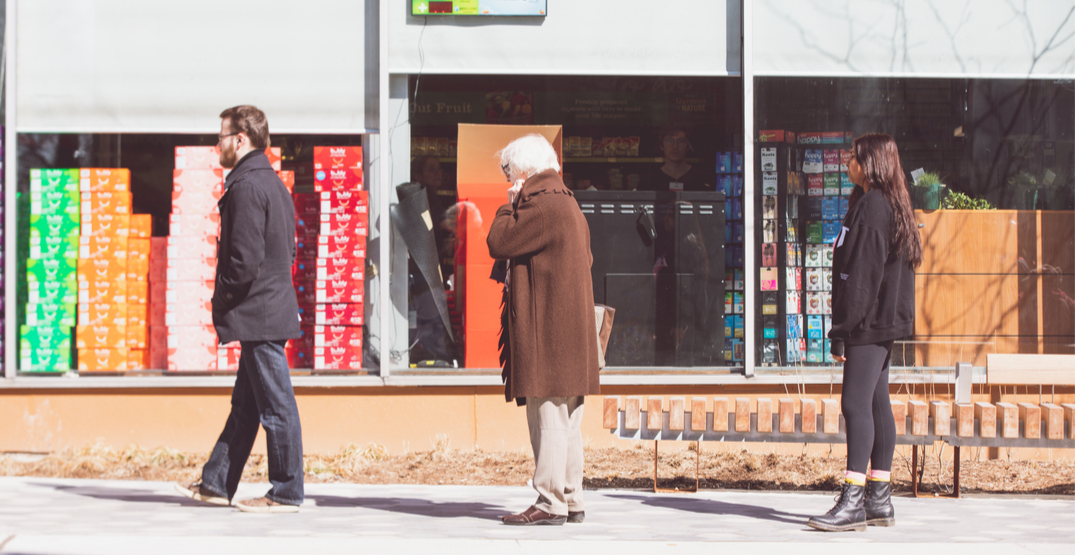 In response to Ontario reopening all retail stores with street access, Mayor John Tory said the city is shifting its message from “stay home” to keeping your distance outside.

As Toronto is a high-density city with three million residents, the reopening of select businesses will be done with “public health considerations always taken into account,” the mayor said on Wednesday.

Tory also noted that the essential businesses that have remained open during this time will have valuable experience that will assist the other businesses that are starting to reopen.

“We will take advantage of that experience as we move forward,” Tory said.

In order to protect individuals in public spaces as businesses gradually reopen, Toronto will expand cycling, pedestrian, and transit infrastructure to ensure the safety of pedestrians.

The City will launch “ActiveTO,” which will open up more space for cyclists and pedestrians, ensuring there are 50 kilometres of “quiet streets.”

The mayor said the model is similar to recent programs seen in Oakland, Portland, and San Francisco.

He added that City Council unanimously supported the decision last week in the first-ever virtual meeting.

ActiveTO will also allow for the closing off of certain major roads adjacent to pedestrian hotspots.

“It’s a matter of safety for pedestrians and cyclists,” Tory said.

The cycling routes are still to be identified with City Councillors engaging with locals to consult on the best streets to choose.

According to Tory, ActiveTO will build on the already approved bike network, but will need to happen at an “accelerated pace.”

“Some of these bike lanes will be temporary but others are apart of the 2020 cycling network implementation projects.”

This is in addition to the city’s CurbTO plan, which aims to target 100 curbside pick-up locations to stop pedestrians from overcrowding as they wait to pick up takeout or other essential items during the pandemic — 20 locations have already been targeted, with the another 80 under development.

Toronto’s Medical Officer of Health Dr. Eileen de Villa emphasized the mayor’s point that when individuals are outside they should “keep their distance as much as possible.”

De Villa confirmed that there are 217 new coronavirus cases in the city, making a total of 6,019 cases.

And, there are 35 newly reported deaths, making the total death count 504.

Earlier on Wednesday, Premier Doug Ford said that all retail stores with street access will be able to reopen to provide curbside pick-up starting at 12:01 am on Monday, May 11.

Ford also said that on May 8, at 12:01 am, garden centres and nurseries will be allowed to open for in-store payment and purchases, operating under the same guidelines as grocery stores and pharmacies

All stores will be mandated to follow strict public health protocol.