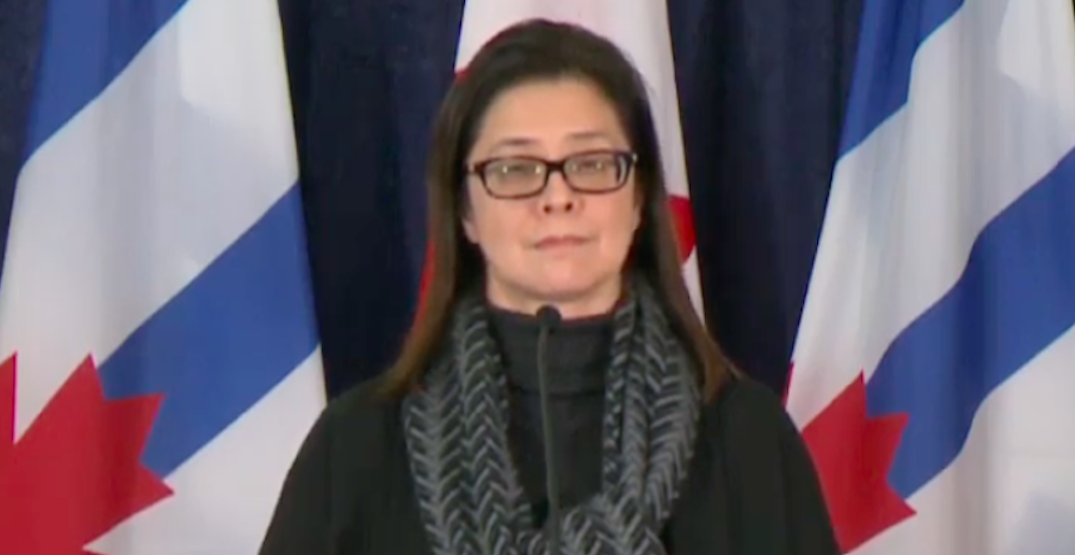 On Wednesday, the city’s medical officer of heath, Dr. Eileen de Villa, said that the effective reproductive number must be at one or below.

This number shows how many people on average will be infected. If it’s below one, that means each case is generating less than one new infection, so the pandemic will eventually go away if this number is sustained over time.

If it’s at one, that means it’s stable.

With Toronto being at 1.2, it means the outbreak is growing.

“And Ontario is saying that Toronto’s reproductive number is 1.4, which means the outbreak is growing faster,” de Villa said.

“With our level of transmission, disease activity in the next few weeks would exceed the April peak and heading into November, things can get much worse,” she said.

De Villa noted that infections continue to rise week over week, indicating that the virus will peak in March and May of 2021.

The medical officer of health said it’s proven that escalating public health measures drastically drives numbers down, and that if action is taken, it should take four weeks to see the results.

If measures are made by the end of October, then the total number of infected individuals by April 2021 would be six times lower compared to taking no measures.

And if implemented in November it will be three times lower, and by May 2021 almost half of the numbers will be made lower if interventions are taken in December.

“You do not need to wait to protect yourself and by extension everyone around you,” de Villa said. “Being in a crowded room just isn’t worth it.”

Last week, de Villa asked for the province’s chief medical officer of health to implement her recommendations to close indoor dining and fitness classes. They are currently being reviewed.

But Premier Doug Ford said that he would rather close down the “bad actors” than the entire industry hurting peoples livelihoods and the economy.