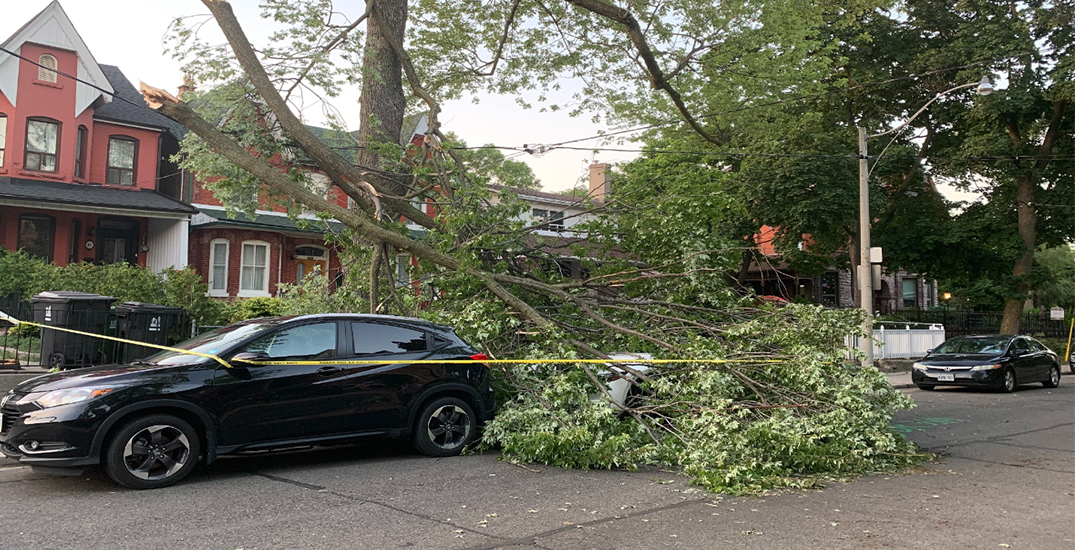 A severe thunderstorm has left many Toronto residents without power since Wednesday afternoon.

According to Environment Canada, a thunderstorm with rain showers arrived in the city at around 3 pm yesterday. The storm also brought in some high winds.

As of last night, Toronto Hydro said crews restored power to all but 1,800 customers yesterday after the storm and said that they would be working throughout the night and into this morning to continue to bring residents back power.

This morning, Toronto Hydro has reported that there are approximately 350 customers who still remain without power, following the storm.

Storm Update: There are approximately 350 customers who still remain without power following yesterday’s storm. These outages are mostly related to downed powerlines. We remind customers to stay back at least 10m from any downed wires. We appreciate your patience.

These outages are mostly related to downed power lines and Toronto Hydro is reminding people to stay at least 10 metres away from any downed wires.

An outage map created by Toronto Hydro, show the areas in which residents are still left without any power. 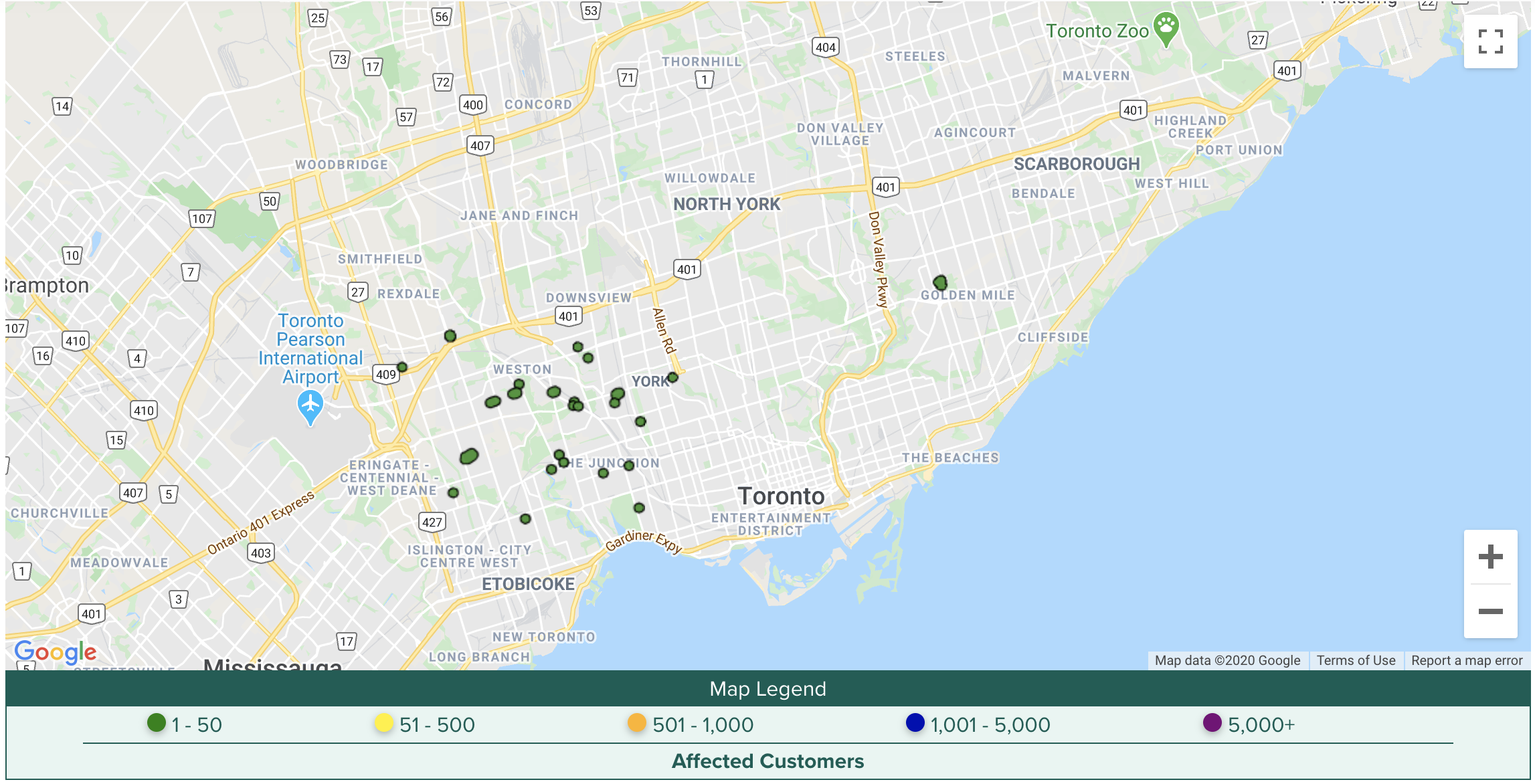 Toronto residents have also taken to social media to show some of the damages that the thunderstorm caused around the city.

Some results from yesterday’s thunderstorm in Toronto: pic.twitter.com/rxr7aGjoLV

The Weather Network is forecasting a risk of Thunderstorms for Friday, July 10, Saturday, July 11, as well as Sunday, July 12.