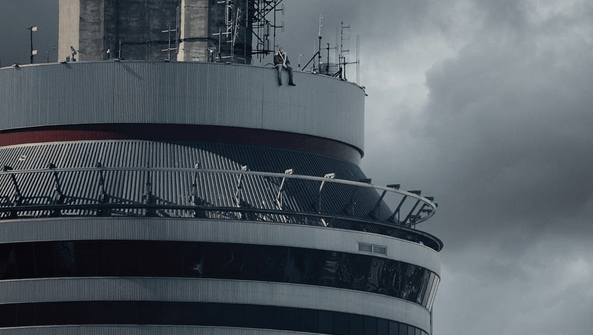 Forget Pokémon, Deadpool, and Suicide Squad. This Halloween, get decked out in Toronto pride.

Awesome #costume on the #TTC so far. The CN Tower! pic.twitter.com/ZPMgJI74cJ

What is more Toronto than the CN Tower? And its popular Edge Walk has people hanging off it regularly, so to us, these two are like peanut butter & jam. Besides, how much fun will it be hanging on to someone your entire party night?

The CN Tower with mini Drake

Pretty self explanatory, but you’ll be all the VIEWS anyone will look for at the party.

As you know, Drake loves his billboards. Lucky for you, you can be any of Drake’s 2016 Billboards!

Get that spray paint out and paint yourself all over. Graffiti alley has become a regular backdrop to many Toronto Instagram photos – so be ready to be everyone’s favourite backdrop.

You’ve eaten Toronto’s favourite ice cream, now it is time to transform into it. That’s right – you can now become a delicious ice cream. Just don’t forget the branding.

Had a wonderful dinner with my son tonight ONE LOVE ❤️❤️❤️❤️❤️❤️❤️

Cat Lady is back! Stay Classy returns! Regular Jelly King is still in stock! It’s like Christmas in July this weekend in the bottle shop. (PS – about 40 bottles of Plum Jelly remain). #fridaybottles #bellwoodsbeer

Our craft beers are really making waves, and their bottles are as creative as their tastes. This Halloween, why not be one of these awesome bottles? And if you’re really trying to get hipster this year, maybe you can be a mason jar with beer in it.

Being hot on the subway was so Toronto this year. From the Mayor, to Kiefer Sutherland, everyone got in on the ride. Get all hot and sweaty in your clothes, maybe undo that tie a little, and you have Toronto’s over-heated subway rider! Don’t forget your Presto card.

Whaddaya think? Interested in getting a Norm mask for Halloween? pic.twitter.com/SNUvpmIZic

With over 338k followers on Twitter, and many not even Canadian, Councillor Norm Kelly has become the face to our city – and we love it. So why not show the love and be Norm this Halloween?

More like, other dinosaurs you can be to show your support for the Toronto Raptors. Because everyone will be a raptor, why not be a Triceratops, a T-Rex, or perhaps Brachiosaurus. Maybe check out Jurassic Park for more ideas. And if anyone asks, you’re Raptors fam.