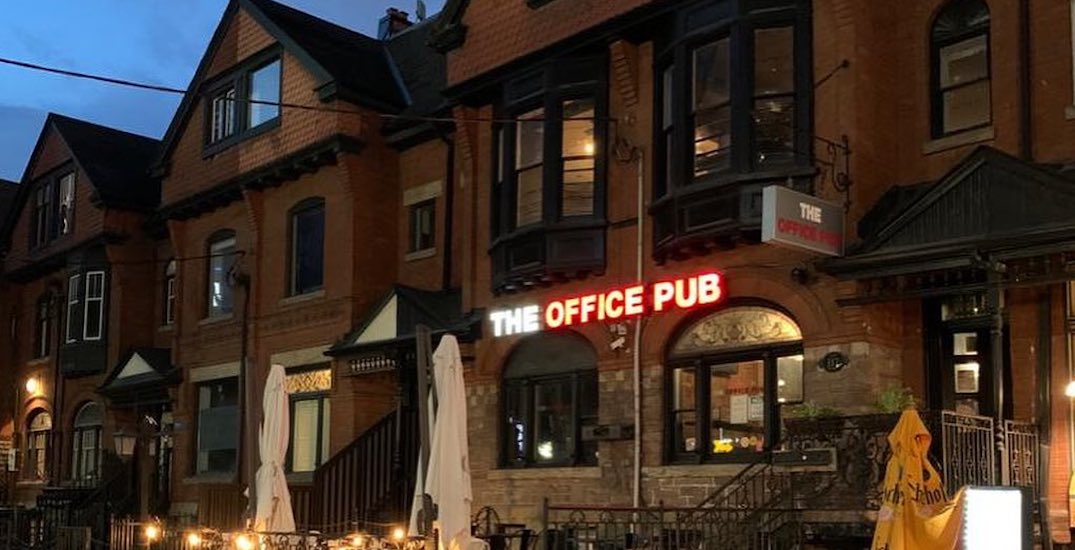 After nine years, The Office Pub, which has called John Street home for years, is saying good-bye to Toronto following lease issues with its landlord.

According to the pub, effective August 31 they will be closing for good after complications in the last few months, partly due to an “unfair lease expectation” from the business’ landlord.

“As a tenant for nine years, we never ever failed to pay the due diligences on time. But during these difficult times, he has ignored our pleads to reduce rent, renegotiate a new lease, failed to apply rent subsidy from the government,” said the pub in an Instagram post.

The landlord has reportedly gone to the pub and handed over a legal notice which asks them to pay about $156,000 for April to August’s rent.

“It has been a pleasure serving, connecting and celebrating with all our customers over the years. We are so grateful to all of you. To all the awesome staff who have worked for us over the years and presently thank you for the awesome work guys. We sincerely appreciate all your hard work and commitment,” said the pub.

“It’s been a privilege and a pleasure to serve such an incredible, dedicated and passionate community. Thank you again from all of us at The Office Pub.”

Daily Hive has reached out to General Manager Sam Yoges for comment, but did not hear back by time of publication.