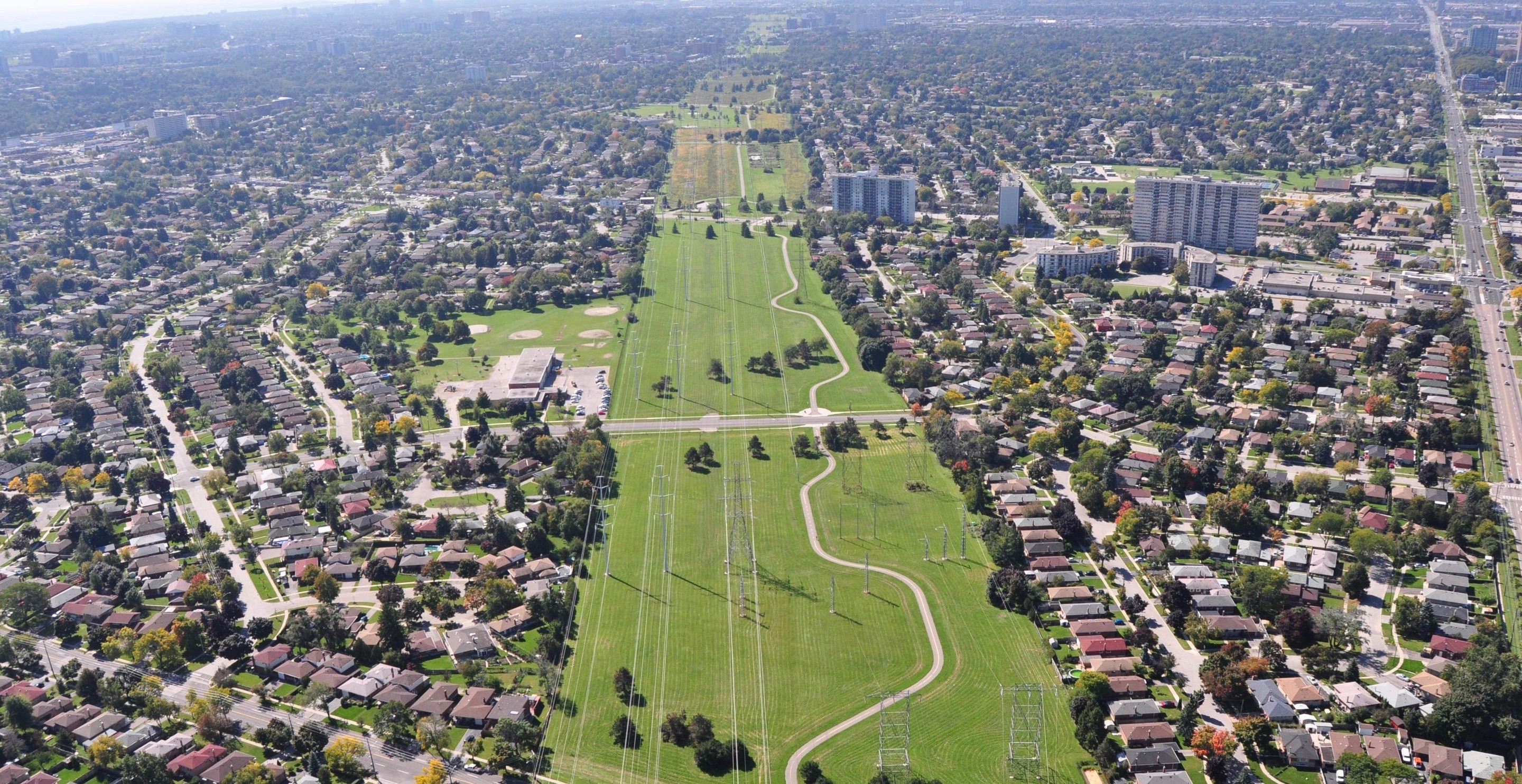 Toronto will soon be home to one of Canada’s largest urban linear parks.

The Toronto Region Conservation Authority (TRCA), The W. Garfield Weston Foundation, and the City of Toronto announced on Wednesday that a ground-breaking city-building initiative will soon transform 16 kilometres of under-utilized land into a massive urban linear parks.

According to the TRCA, The Meadoway will create stronger communities through nature and build a new vision for urban greenspaces.

Stretching from the Don River Ravine in downtown Toronto to Rouge National Urban Park, The Meadoway will become a vibrant expanse of urban greenspace and meadowlands as it develops over the next seven years.

The new urban park will connect four ravines, 15 parks, 34 neighbourhoods, over 200 hectares (500 acres) and more than 1,000 diverse species of flora and fauna. And along the way, The Meadoway will also connect schools, businesses, hospitals and underused parks and trails across Scarborough.

“By taking an under-utilized infrastructure corridor and revitalizing it with plantings and new connections to the rest of the region, including Rouge National Urban Park, we are creating benefits for our natural world and the communities around The Meadoway,” said John MacKenzie, CEO, Toronto and Region Conservation Authority. “It truly is an innovative and remarkable
conservation initiative.”

The proposed total budget for the park is $85 million, with close to 40% of that budget having been pledged to date.

The W. Garfield Weston Foundation has pledged up to $25 million in support for the project as it evolves over the coming months, with a firm commitment of $10 million confirmed on April 11.

Meanwhile, the City of Toronto has committed $6.3 to support for The Meadoway and will be responsible for the trail and cycling infrastructure, and will continue its responsibilities for ongoing operations and maintenance in the corridor.

“The Meadoway will create a transformative public space in the heart of Scarborough that will connect our communities and draw visitors from across the City and beyond,” said Mayor John Tory.

“It is another example of what can be accomplished when we work with public, private and philanthropic partners to introduce innovative new public spaces for our residents to enjoy and which contribute to the ongoing vibrancy of our City.”