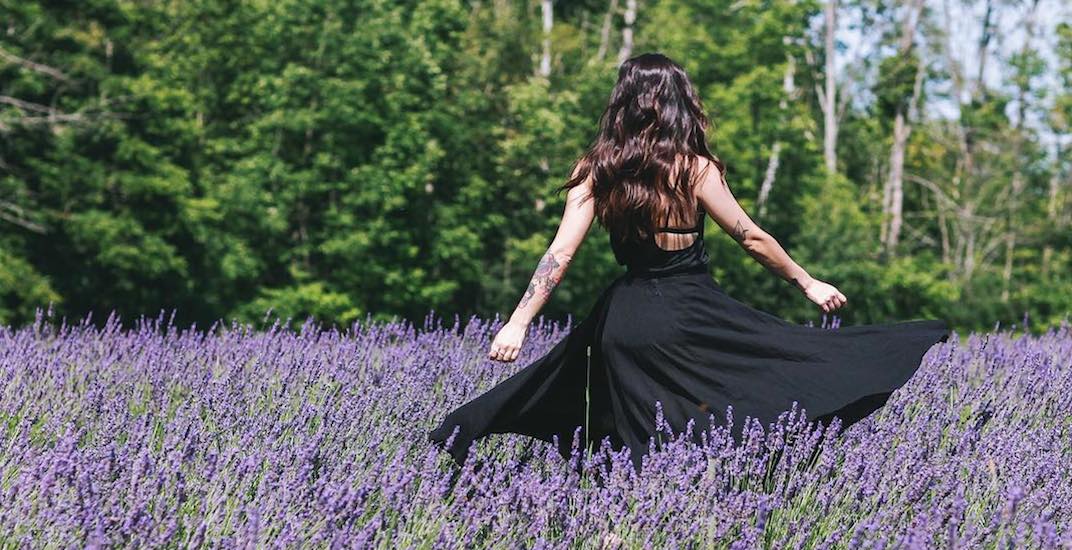 Last summer, our Instagram feeds were flooded with dreamy photos from the Terre Bleu lavender farm.

But don’t worry if you didn’t have a chance to go. The farm, which is located just an hour north-west of the city, will be opening for the summer season before you know it.

Terre Bleu will be open for lavender season in June and will stay open until August, giving you plenty of time to explore the farm.

Not only is Terre Bleu the largest lavender farm in Ontario, it’s home to over 40,000 lavender plants, making it a must-visit for flower enthusiasts.

Each year, Terre Bleu harvests nine different varieties of lavender in their fields, all of which bloom at different times during the summer season, creating picturesque colour in the fields from June through to August, when the farm ends its season.

In addition the incredible sights, the farm also sells a range of lavender infused gifts, hosts photography shoots, and yoga classes on its beautiful grounds.

So, if you feel like seeing purple hues as far as the eye can see and perfectly manicured rows of the most beautiful smelling plants, you need to plan your trip to Terre Bleu soon.

When: Open June until the end of August

Price: Adults are $12 +HST during the week and $16 +HST on the weekend. Kids two and under are free.