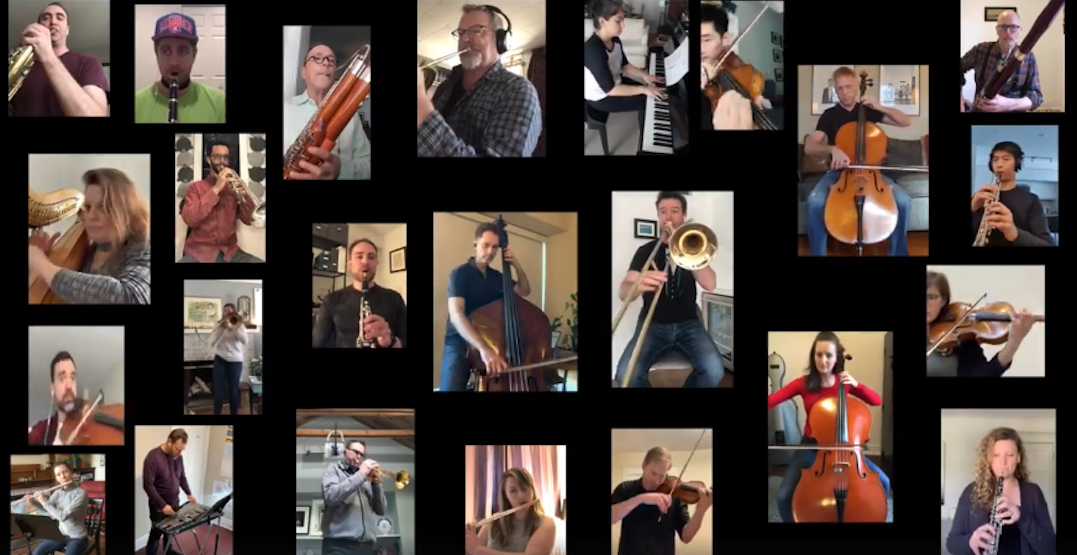 Due to the ongoing efforts to mitigate the transmission of COVID-19, the Toronto Symphony Orchestra is accepting that performances planned for April likely won’t be possible.

As such, the musical organization has cancelled the shows scheduled for next month. But that doesn’t mean that music-lovers near and far can’t still enjoy a beautiful act.

In lieu of the live performances scheduled, 29 members of the TSO have released a digital performance of Aaron Copland’s Appalachian Spring, collectively performed from each of their homes.

Their performance of Sonata in E Minor, No. 5 for Two Violins by Jean-Marie Leclair can be enjoyed below.

The Toronto Symphony Orchestra has cancelled performances for the following dates:

Decisions about the remainder of the season will be deferred until later in April, in order to reflect the quickly evolving situation.

“Our approach to planning is a hopeful but realistic one. We will only cancel performances when it becomes clear that the current status of the COVID-19 situation would not make performances possible. It is our fervent hope to bring the live orchestral experience back to our audiences as soon as possible,” said Matthew Loden, CEO of the Toronto Symphony Orchestra in a release.

“In the absence of live performances, I am incredibly proud of the recent video musical offerings by our exceptionally talented musicians.”

Those who have tickets for the above performances have several options, including exchanging tickets to an upcoming performance in the 2019/20 season (with exchange fees waived), donating tickets to the TSO for a charitable tax receipt, and receiving a gift certificate for the full value of the tickets, including service charges.

Ticket-holders have been contacted with options and can submit a form with their requests, and visit the TSO website for updates.

“I am saddened to miss the opportunity to be with all my friends at the TSO,” said Gustavo Gimeno, incoming Music Director.

“While our hearts are all heavy in these unprecedented days, I hope all of you in Toronto are sustained by believing there will be better days ahead, filled with music.”