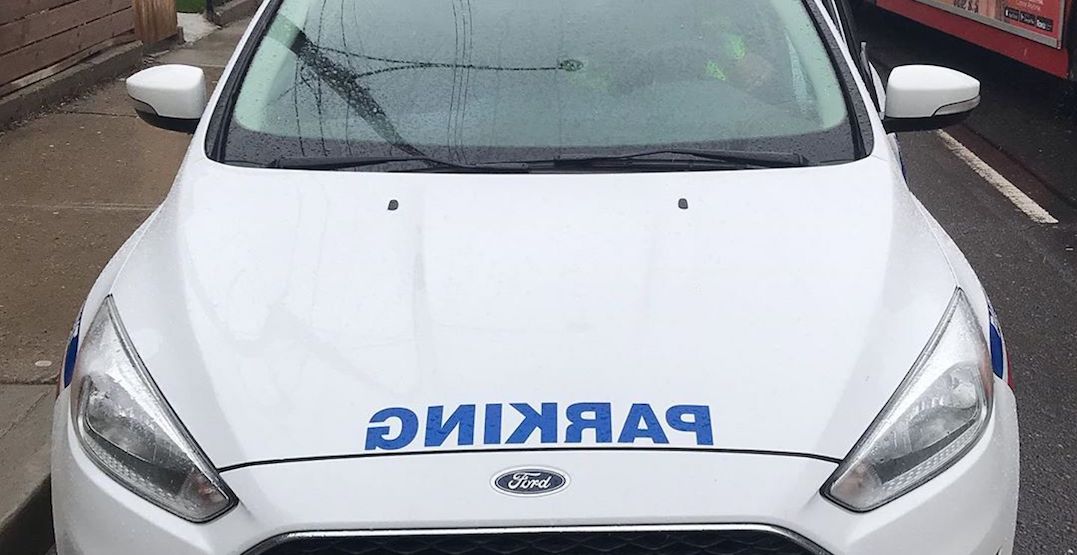 Last week, the City of Toronto announced it would be suspending the enforcement of some parking offences. Now, after struggles faced by food-service workers, the rules are being loosened even more.

While Toronto responds to the COVID-19 pandemic, restaurants have turned to makeshift delivery operations, allowing customers to stay in isolation while food comes to them.

Even spots that don’t normally offer delivery are finding ways to continue serving the community and, in some cases, restaurant staff are making delivery runs themselves, in their own vehicles.

But various eateries have met trouble on delivery runs this week, being hit by fines or even having their vehicles towed while dropping off food to customers. 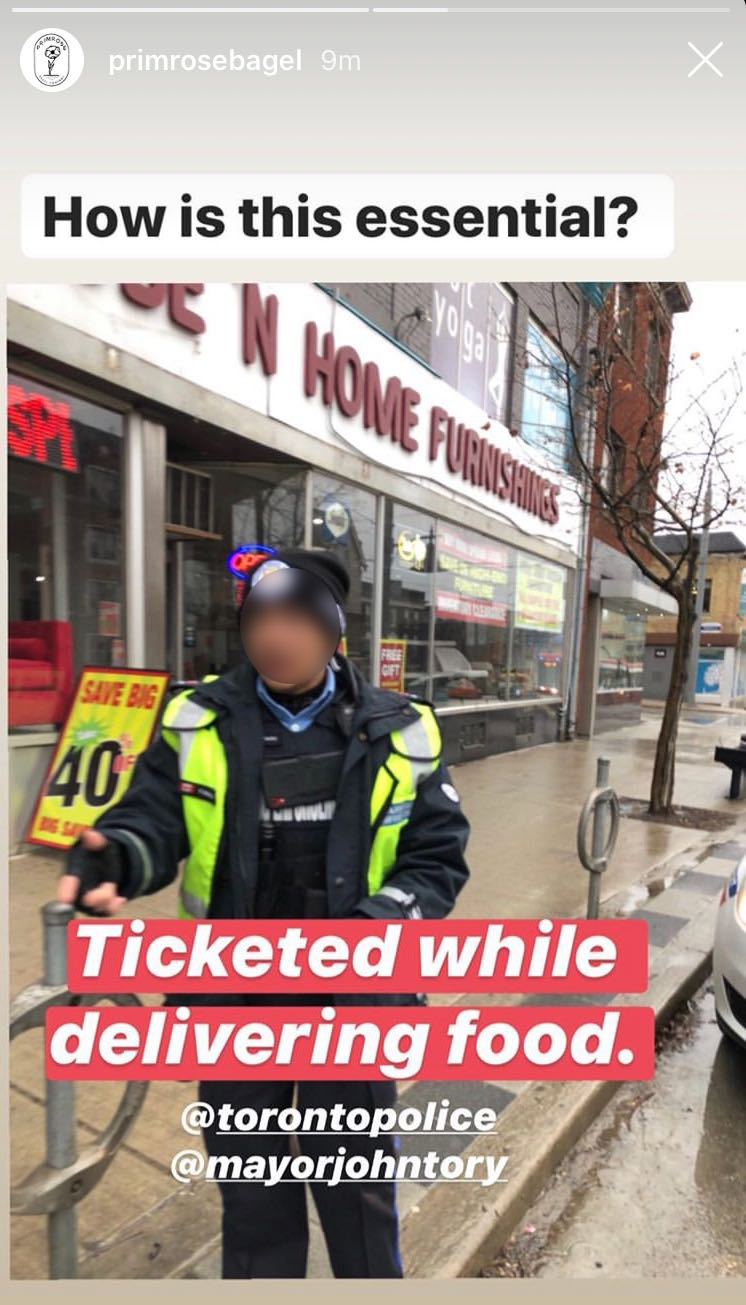 Primrose Bagel shared their gripes with a ticket they received while delivering food to their Instagram Stories on Monday.

Then, beloved Italian eatery Sugo shared a post to Instagram on Tuesday, reporting that while loading their van with groceries for families in need, the vehicle was towed.

“Towing in the middle of an emergency is the unacceptable,” reads the caption.

Mayor John Tory is aware of these circumstances, and after discussion with the Toronto Police Service, there will be some changes to how some offences are navigated — particularly those that occur during rush hour.

Tory says that earlier this week, he reached out to Police Chief Mark Saunders to discuss what further changes could be made to parking enforcement during these times.

Toronto police tell Daily Hive that going forward, they will use “the highest level of discretion” when it comes to enforcement of offences taking place along a rush hour route.

“Only when an offence is having a significant negative impact on traffic flow in the immediate area will an infraction notice be issued, and the impounding of vehicles from rush hour routes will only be undertaken as a last resort,” a spokesperson from the Toronto Police Service said.