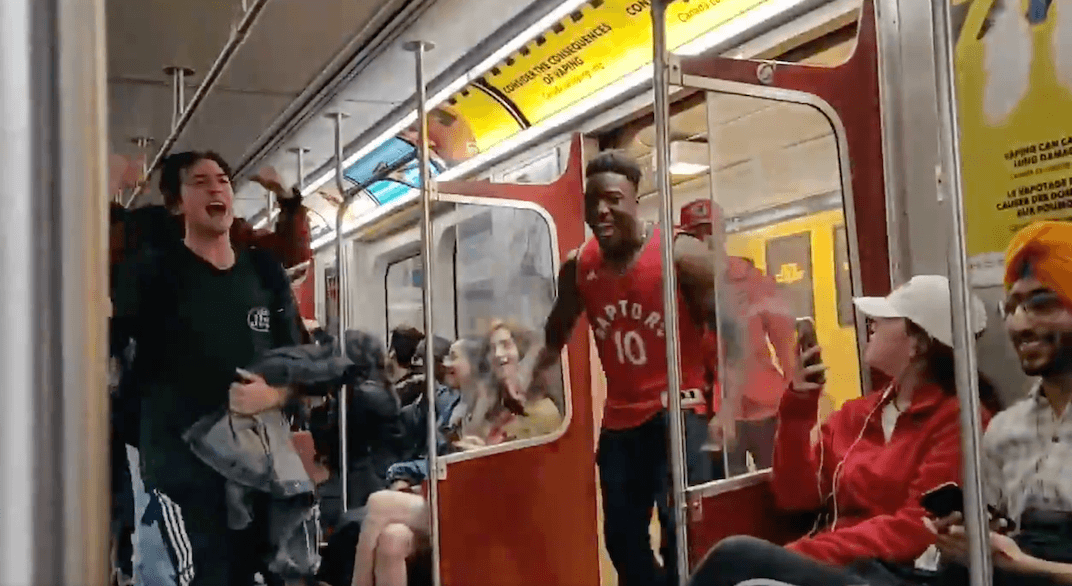 If one thing’s for certain, Toronto came alive last night following the Raptors historic win against the Golden State Warriors.

If you happened to stray away from the crowds, the streets were rammed people, with fans taking over Yonge-Dundas Square and the downtown core to celebrate.

And as you could imagine, the subways were a gong show as a result.

However, rather than being disgruntled by the overcrowding, fans continued celebrating not only on the subway but at every stop.

In videos shared on social media, you can see Raptors-clad fans dancing, cheering, and chanting “let’s go Raptors” at various subway stations, and it’s truly an exciting sight to see.

I don’t want to resort to hyperbole, but this is the greatest city in the world pic.twitter.com/jRaUQHVJuH