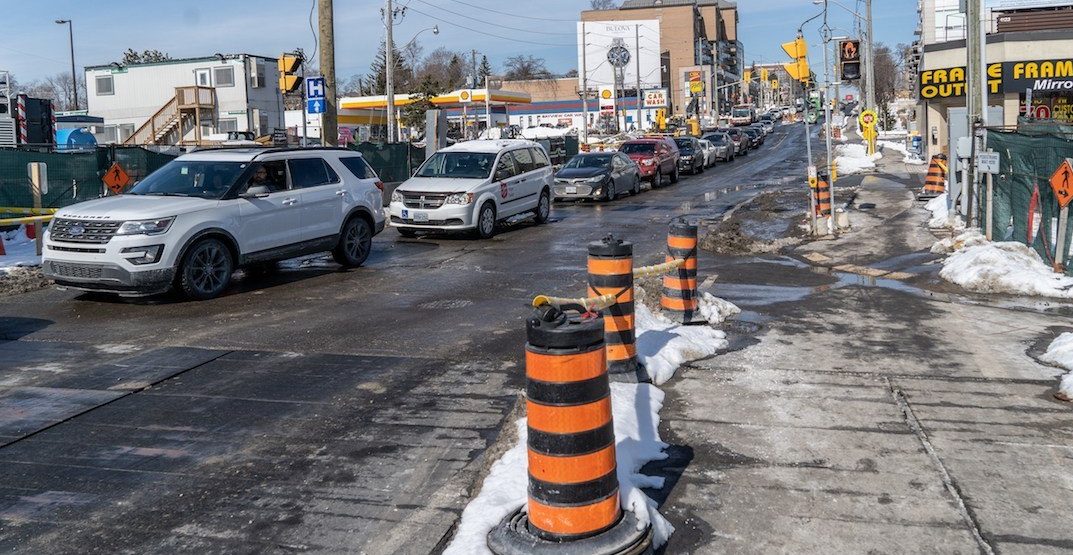 They are also the characteristics that voters cited when they thought of Toronto’s Eglinton Avenue East, or rather, most all of Eglinton Avenue, and named it CAA’s Worst Road in Ontario for 2019.

The street is undergoing a major transit expansion impacting car traffic—the building of the Eglinton Crosstown line, set to finish in 2021—which contributes to its poor conditions and rating, according to a release by CAA South Central Ontario.

“While the condition of Eglinton Avenue is of concern to the public, many of the challenges for all road users will hopefully be resolved with the completion of the Eglinton Crosstown project,” said Raymond Chan, government relations for CAA South Central Ontario, in a release.

“The gridlock and congestion that many motorists are currently experiencing should ease as construction winds down, repairs to the road are made and as more people choose new transit options.”

What makes a road Ontario’s “worst”? It’s not just traffic. In fact, congestion was only the biggest concern of 6% of voters. 85% cited potholes or crumbling pavement.

According to Raymond Chan, a road makes it off the list when conditions improve, and when “governments prioritize infrastructure through multi-year capital investments.”