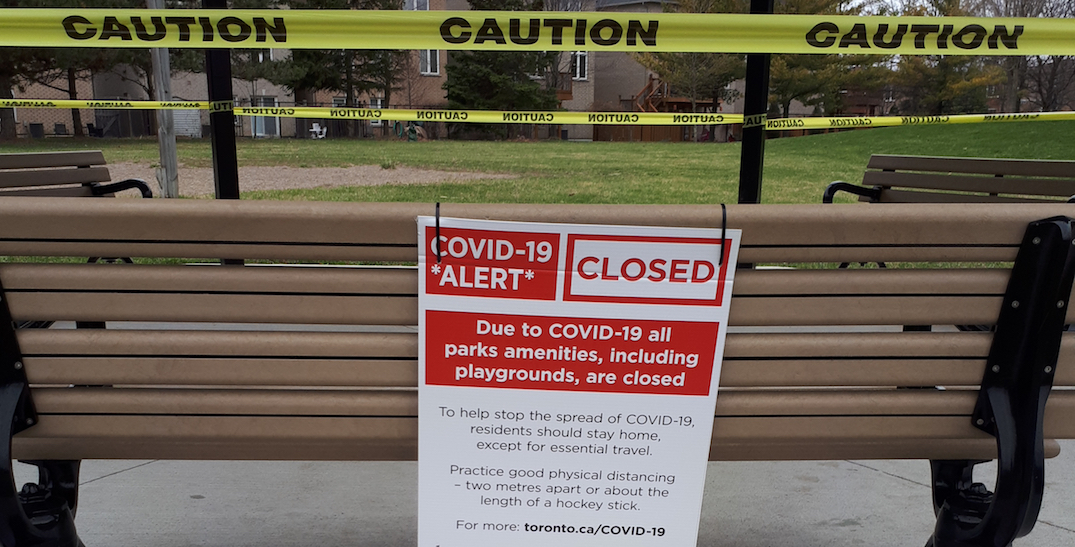 Toronto will no longer be issuing tickets to people using park benches, a decision that comes after weeks of enforcement blitzes, ticketing individuals who were not following physical distancing measures in park and public squares due to COVID-19.

On Thursday, city councillor Ana Bailão announced that the City will no longer be “issuing tickets to people using park benches.”

But she told residents to keep in mind that the benches are not sanitized and the virus may “unknowingly spread” if individuals sneeze and touch the bench.

The City will no longer be issuing tickets to people using park benches. Please keep in mind benches are not sanitized. People may unknowingly spread the virus by sneezing or touching the bench. More info: https://t.co/wMvxTFh9dc

According to the City, a park bench is a “place for temporary respite, not a place to linger.”

Since March 25, city-owned parks and playgrounds have been closed, with residents still being allowed to walk or run through them, while observing physical distancing measures.

Dogs can also be taken into park spaces as long as they’re on a leash.

“Please do not put yourself or loved ones or neighbours at risk of exposure,” the City said in a statement.

On April 2, Tory signed a new bylaw allowing a fine of up to $5,000 for two or more people who do not stand two meters apart in parks and public squares, enforcing physical distancing.

This would not apply to anyone living in the same household, and the new bylaw enforcement will be effective immediately.

To date, the city has given 477 tickets for non-compliance in parks, 728 notices and has educated 10,654 residents.

There have also been 49 tickets issues for gatherings of more than five people.