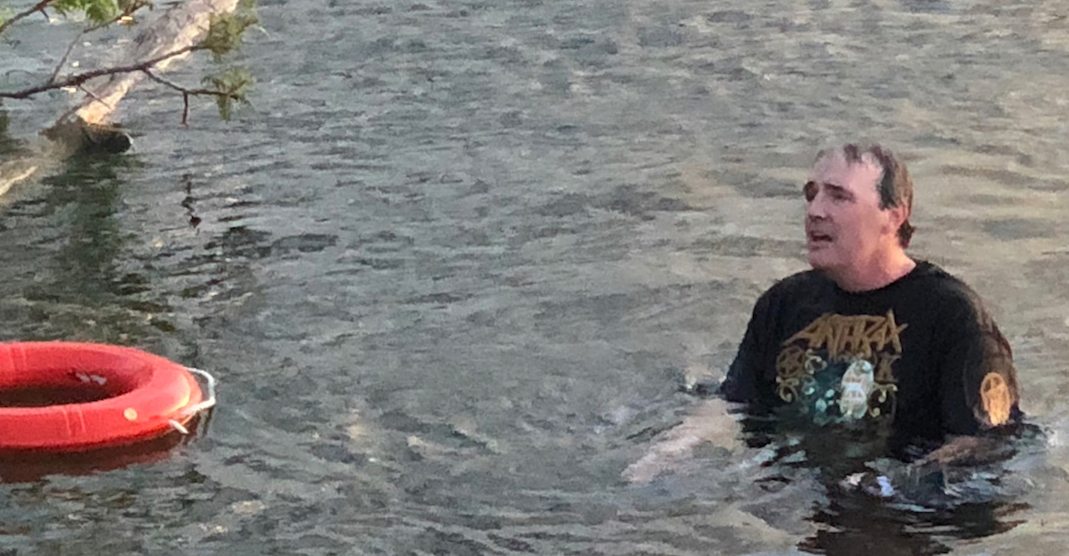 There are fans, and then there are Slayer fans.

During Slayer’s Farewell Tour stop at Toronto’s Budweiser Stage on Tuesday evening, one concertgoer was kicked out for unknown reasons.

But rather than leaving the venue like every other fan that’s ever been kicked out of a concert, this guy was determined to get back in.

And by determined, we mean risk your life and potentially give yourself hypothermia.

In a series of photos shared on Instagram by Anthrax musician Scott Ian, you can see the fan attempting to swim his way back in into the concert venue.

However, the man’s valiant effort was shortlived as authorities caught him when he reached shore and EMT’s tended to him for potential hypothermia.

For the lengths this guy went to get back in, he definitely deserved to see the rest of the show.