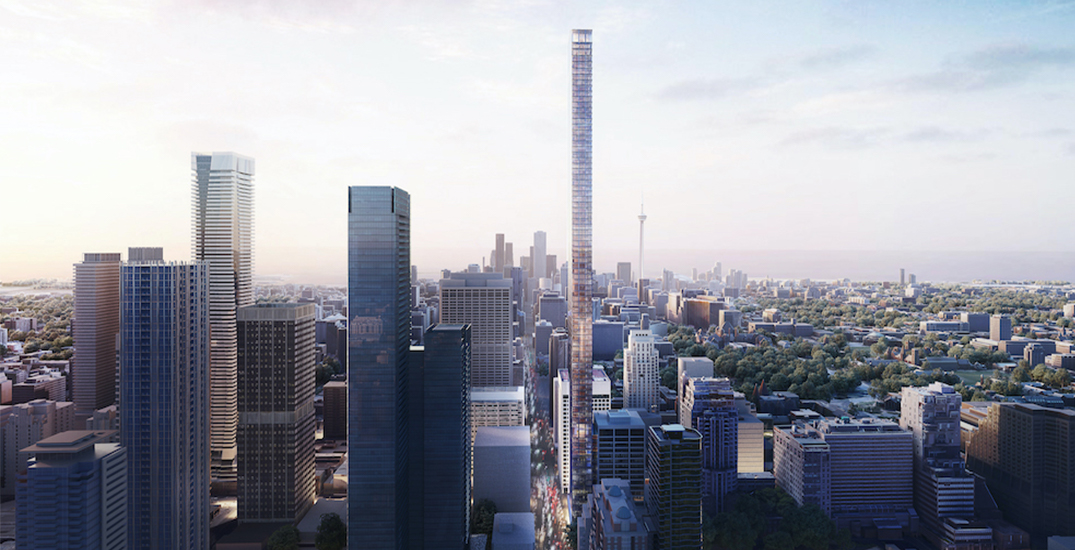 The Swiss-based architectural firm Herzog & de Meuron has teamed up with Canadian architects Quadrangle to design an 87 storey, mixed-use tower at the northwest corner of Bay and Bloor Street in Toronto.

Herzog & de Meuron and Quadrangle have been appointed by Kroonenberg Groep and ProWinko.

“This is an iconic block in the neighbourhood and Toronto at large. We have an opportunity to deliver a project that sets a new benchmark for design and strives to give something back to the city,” said Lesley Bamberger, owner of Kroonenberg Groep.

The location of this project was chosen due to Bloor Street playing a major role in the identity and organization of the city.

Bloor is located at an east-west axis, “which defines the northern edge of the downtown core and hosts one of the best-known shopping areas in Toronto.” Its intersection with Bay Street has been chosen as a “strategic” site at the heart of a new cluster of buildings in the city.

Besides being an impressive 87 storeys, the building will have the effect of appearing transparent at times. At other times, a reflective outer layer of glass will give an abstract quality. 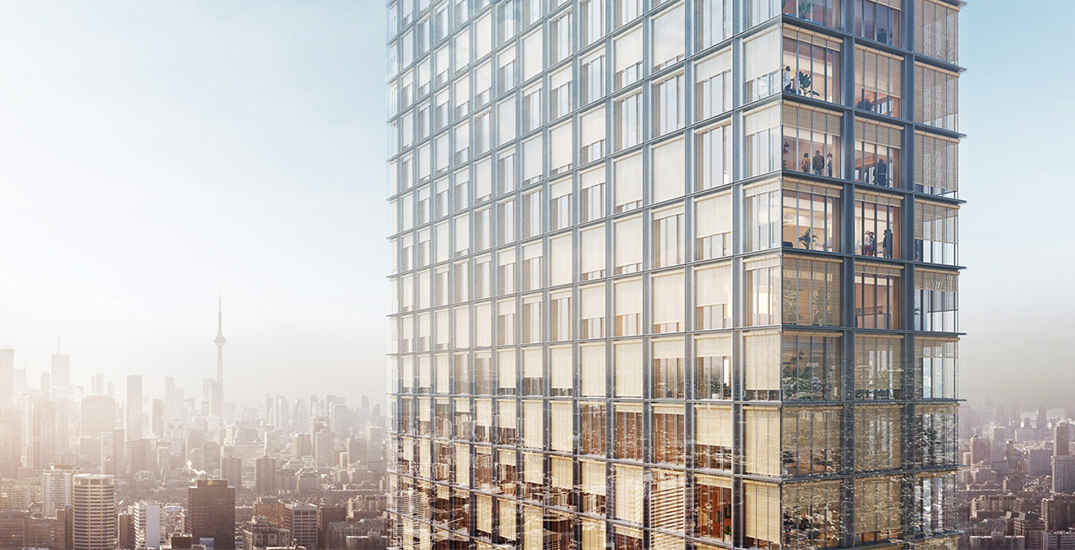 The first 16 floors of the skyscraper will be replacing the existing retail, office and technical functions. A private amenities level will separate the first 16 floors from condominium levels above, according to the designers.

There will be 332 condominium units spread over 64 floors. Residencies will range from one bedroom condos to multi-level penthouses.

The highest three floors of the building will be occupied by a large restaurant, sky lounge, and rentable spaces. These floors will also provide panoramic views over Toronto.

The tower marks Herzog & de Meuron’s first design in the city of Toronto, with Quadrangle serving as a project architect and Urban Strategies “rounding out” the design team.

“The tower defines the northern edge of the downtown area and provides a landmark in the urban grid. It is a very direct response to the site and the city around it,” said Herzog & de Meuron.