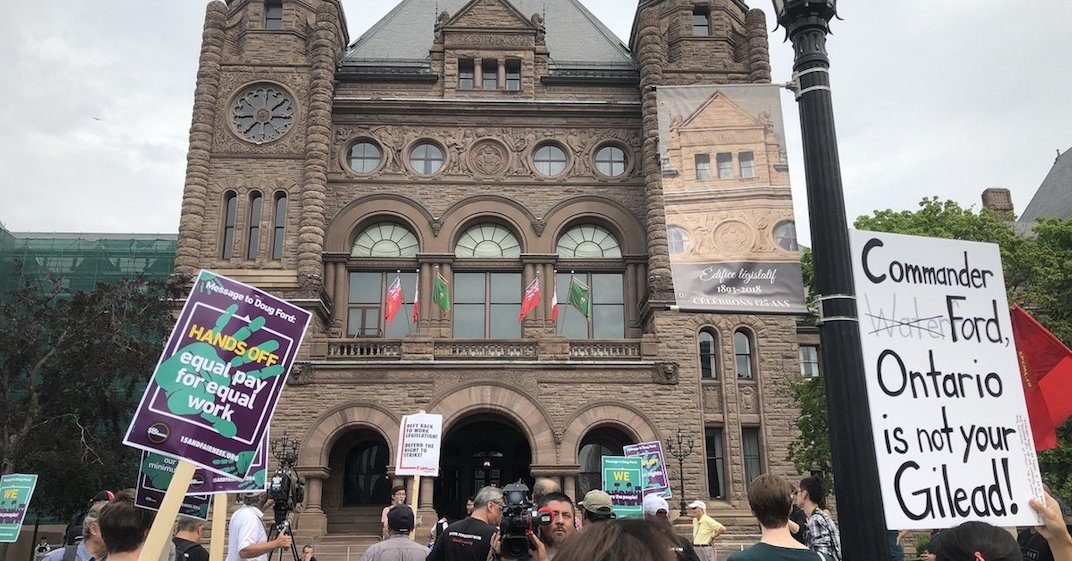 After the new Ford government announced students in grade 1 to 12 would be taught an older sex-ed curriculum that dates back 20 years and that it’s cancelling a project that would update provincial curriculum documents with Indigenous content, the public is demanding change.

This Saturday, Women’s March Canada and March for Our Education are hosting a march at Queen’s Park, giving the public the opportunity to protest against the changes being made by the new Ford government.

“We must demand that the 2015 Sex Ed curriculum be restored and the curriculum be rewritten as previously planned to include Indigenous Content,” reads the Facebook event page.

Event organizers say the march will show the Ford government “his actions are unacceptable” while making their voices heard.

Additionally, on Thursday, July 19, from 10 am to 1 pm, a public sex-ed class will be taking place at Queen’s Park, where event organizers will read the current curriculum out loud.

According to the event’s Facebook page, this event will serve as a protest against the PC Party’s decision to retract the 2015 updated Health and Education Curriculum in schools.

March for Our Education Toronto