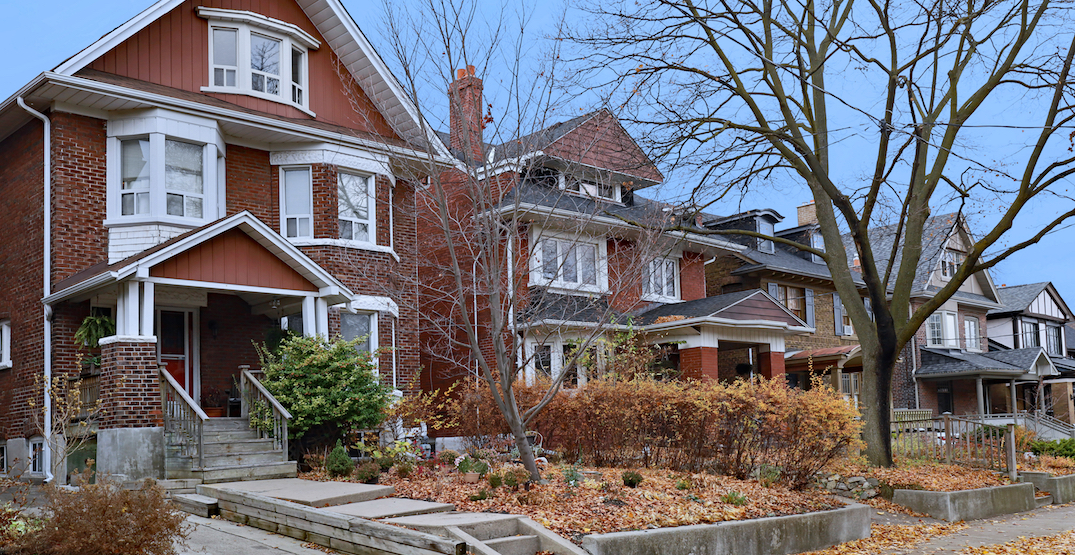 A new report from Toronto-based UBS Wealth Management found the city to have the second-riskiest housing bubble in the world when compared to 24 other major cities. Toronto was beat only by Frankfurt, Germany, but ranked ahead of cities like Hong Kong and Vancouver, which was deemed to have the sixth most risky bubble.

“Over the last ten years, the real price level has almost doubled amid strong population growth and falling mortgage rates,” the report said of Toronto. 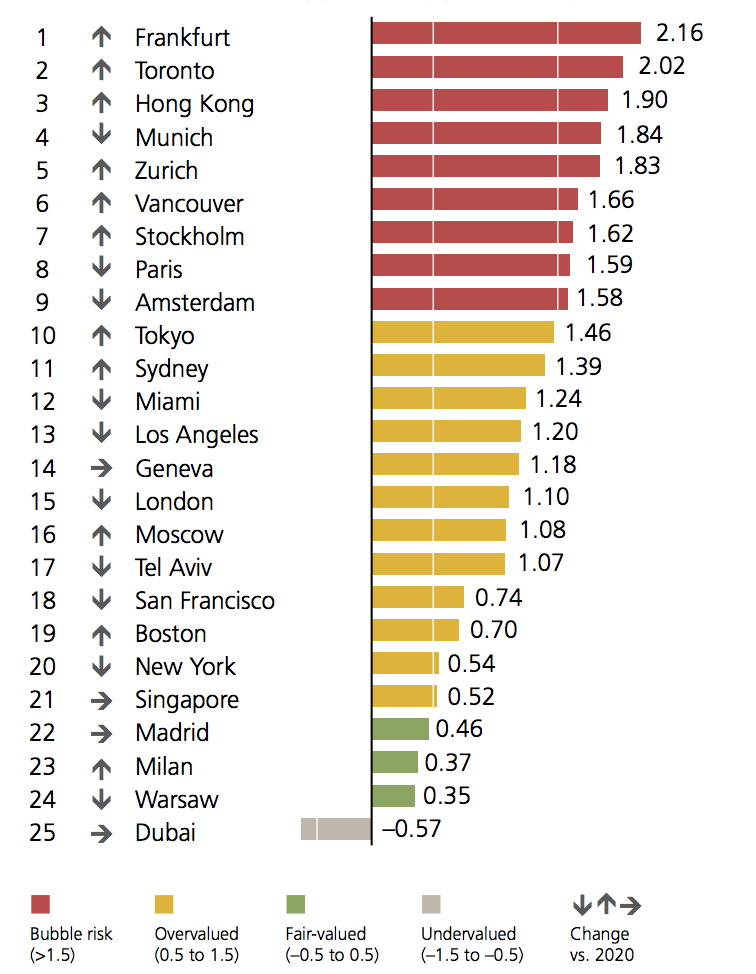 Much of that growth has been within the past year alone, as prices across the city jumped nearly 8% from mid-2020 to mid-2021. During this time, interest rates on mortgage loans dropped to historic lows, which encouraged many aspiring homeowners to jump into the market.

“The high price levels are increasingly dependent on low interest rates,” the report says. “The Bank of Canada is expected to taper in 2022, well ahead of the Federal Reserve, a move that would likely raise mortgage rates and discourage foreign real estate investments. This, in turn, could lead to an abrupt end to the current housing frenzy.”

A housing bubble, by definition, is the sustained mis-pricing of homes that is often the result of high demand and low supply — something Toronto has experienced for many months now. The actual existence of a bubble, however, cannot be concretely proven until it bursts, UBS says.

The ranking does not predict the likelihood of a burst, but rather gauges the potential risk of the bubble based on patterns like excessive lending, the decoupling of housing prices from local income levels, and imbalances in the economy.