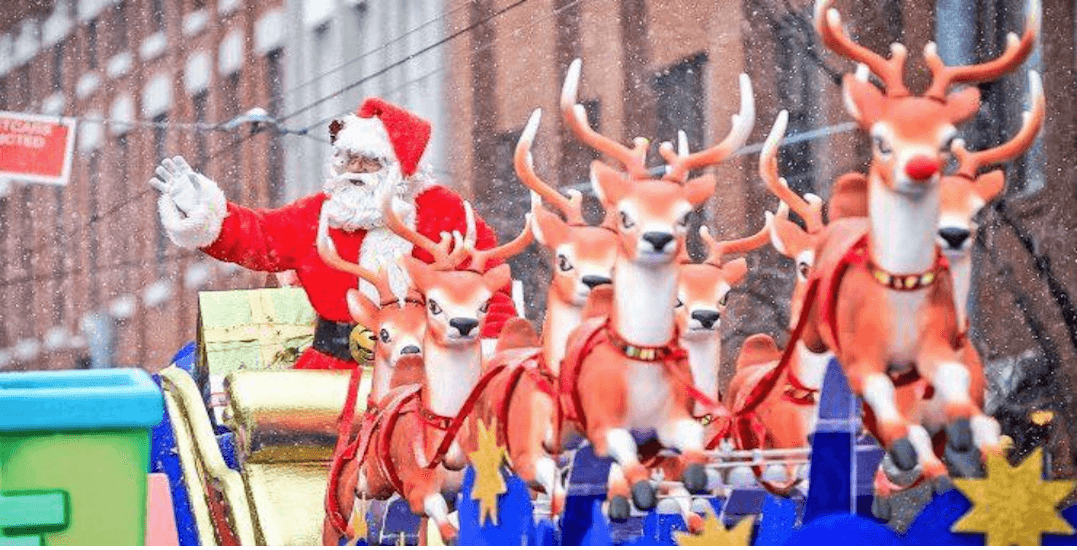 All eyes will turn to Toronto streets on November 19, as the 113th annual Santa Claus Parade will be descending on the city.

The annual pageant of giant balloons, floats, mascots, clowns, marching bands, and beloved holiday characters is one of the best Toronto events in November.

This year’s parade will feature 25 floats and 21 marching bands, including a special float celebrating Canada’sappearance in the 2018 Pyeongchang Winter Olympics.

The parade will begin at 12:30 pm, but if you plan on getting a good view of the big man in red, you’re going to want to head down early to get a good spot.

The Parade starts at Bloor and Christie Streets and travels along Bloor Street to University Avenue, and then finally end at the intersection of Front and Jarvis Streets at the St. Lawrence Market.

Not sure where to go to see the parade? Here’s the official parade map to help you plan. 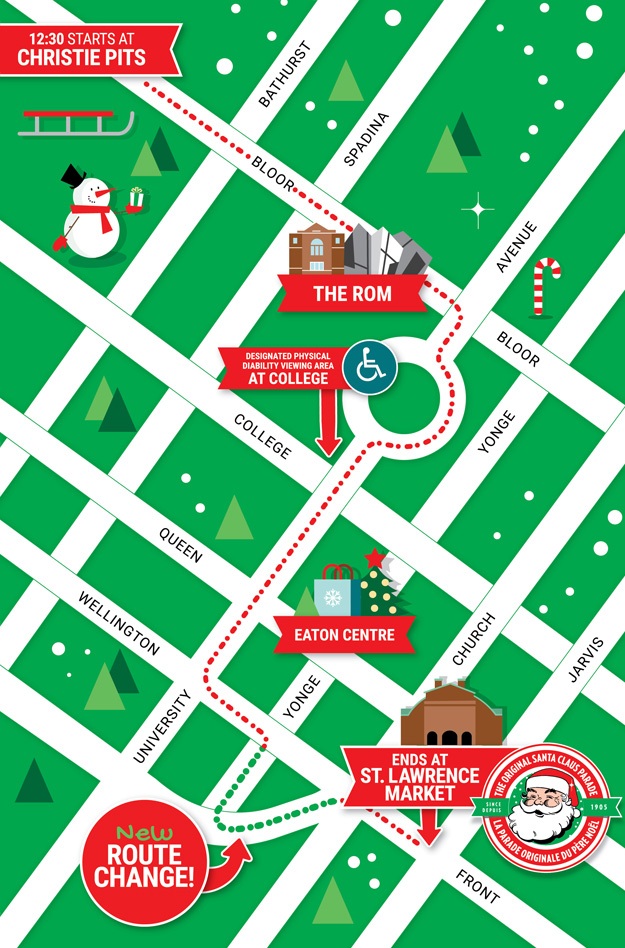 Since we’re expecting to have a very cold and snowy winter, make sure to bundle up as it is expected to be around five degrees during the day.

Here are some photos from last year’s parade to get you into the festive spirit.

When: Sunday, November 19, 12:30 pm
Where: The Parade starts at Bloor and Christie Streets