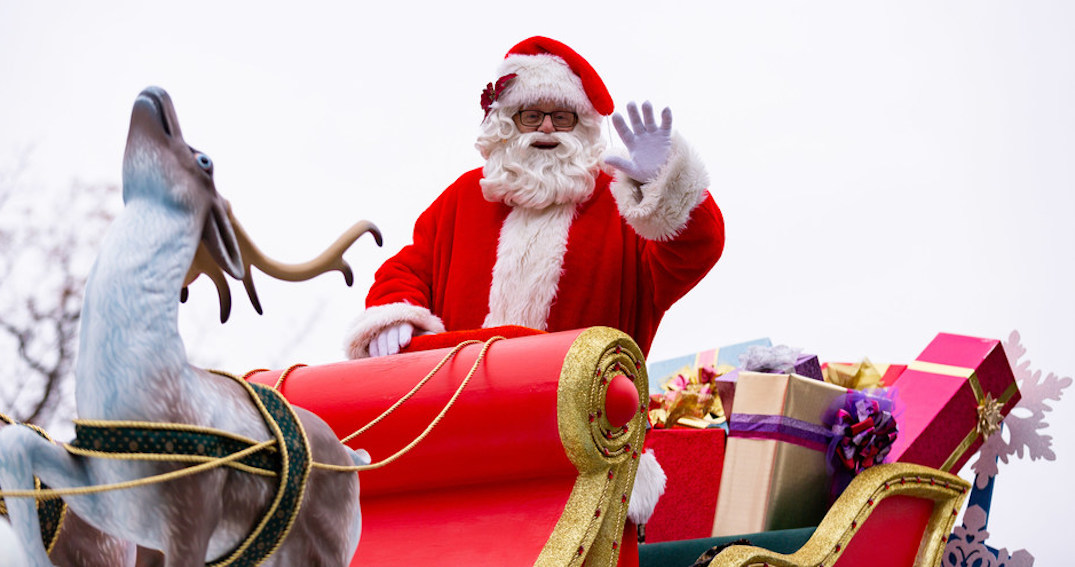 Due to the pandemic having an event that would amass crowds wasn’t an option, so it was decided that the parade could still be enjoyed from the comfort of peoples’ homes with a two-hour primetime CTV broadcast on December 5 at 7 pm.

Viewers will be given a front-row seat to 23 colourful floats, special musical guest performances, celebrity appearances, and the iconic ‘Celebrity Clowns.’

In fact, this year, you can dress up as a clown with the new Clowning Around at Home Program. You’ll receive clown makeup, wig, gloves, and a red nose, and can film a short clip of yourself in the outfit to submit to the parade for possible inclusion during the primetime broadcast.

“Canada’s Wonderland is a proud supporter and partner of the Original Santa Claus Parade, and we look forward to hosting the filming of this year’s parade,” said Norm Pirtovshek, General Manager of Canada’s Wonderland, in a statement.

“Our location is the perfect back-drop for the creation of a magical presentation that ensures this long-cherished tradition continues.”

To get more into the holiday spirit, The Countdown to Christmas 50/50 Raffle will support MLSE Foundation, CP24 CHUM Christmas Wish, and the Santa Claus Parade. There will be qualifying draw dates on December 5, 12, 18, and 19, with the final Grand Prize Draw at noon on December 20.