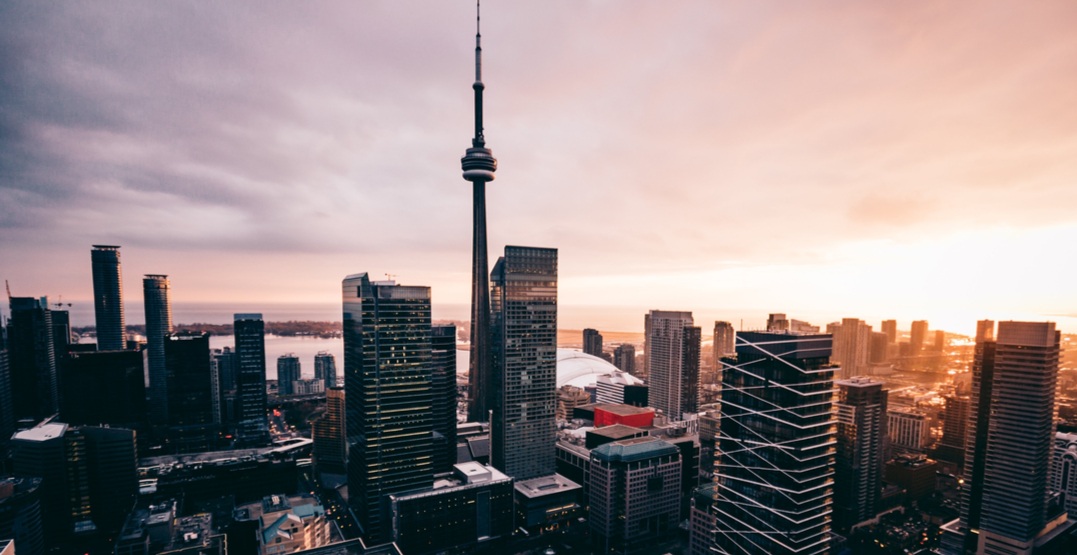 Travellers interested in visiting a safe, multi-cultural city might want to consider heading to Toronto, as a new report suggests Toronto is now the fourth safest city in the world.

The Safe Cities Index 2017, produced by The Economist Intelligence Unit, ranked 60 major cities after looking at everything from crime rates and road safety to digital security and quality of healthcare.

Canada’s most populous city moved up four spots this year with an overall score of 87.36 from the last Safe Cities Index, which was published in 2015. Of the four main categories, Toronto came sixth for digital security, 11th for health security, fifth for personal security and 14th for infrastructure security.

Toronto, which is the highest ranked non-Asian city on the list, saw improvements in the digital and health aspects this year, rising three and nine points respectively.

Tokyo, Singapore and Osaka kept their respective top three spots from 2015, but there were other significant changes in the top 10. Stockholm, which was fourth in 2015, dropped down to eighth, Amsterdam fell one place to sixth, Zurich fell from seventh to 10th, and New York plummeted from 10th to 21st.

Overall, the report found that the entire world is becoming more dangerous, “With two exceptions (Madrid, which is up 13 points and Seoul, up six), cities tend to have fallen in the index since 2015,” the report said. 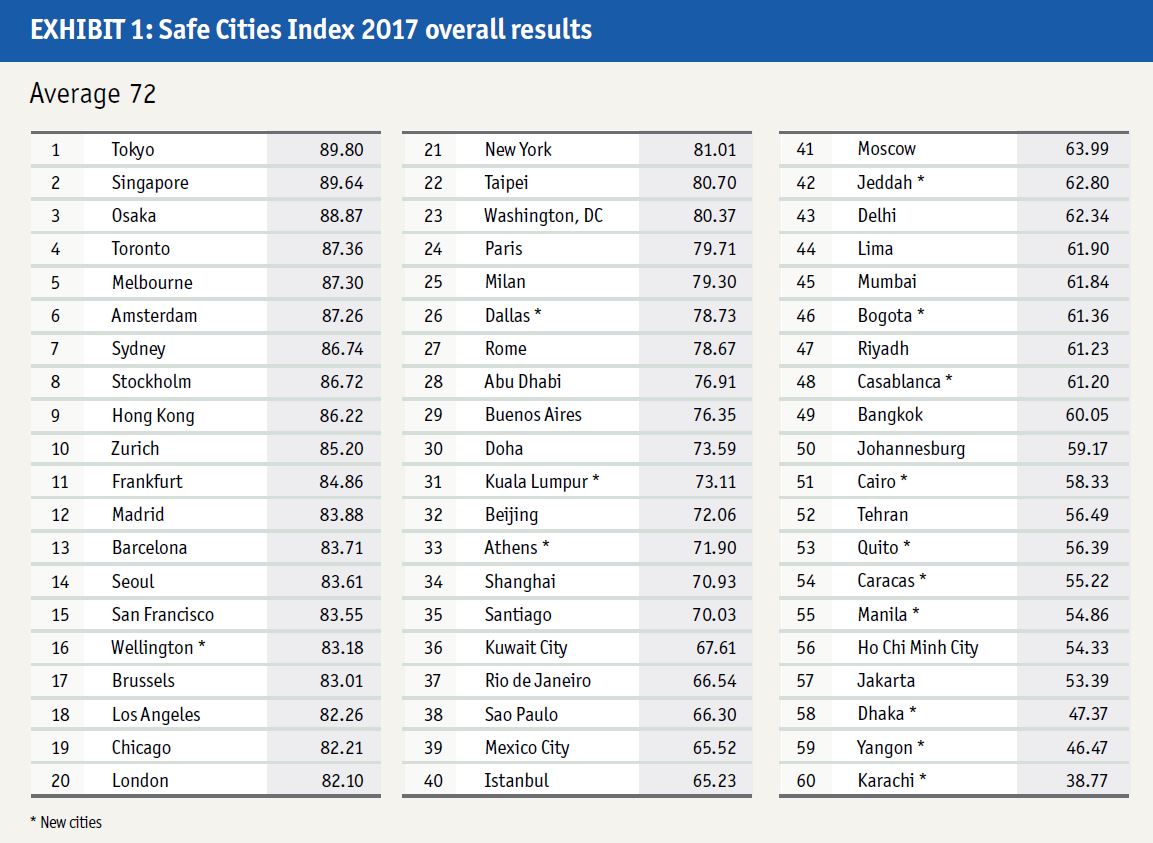 While this recognition for Toronto doesn’t go unnoticed, Canadians actually feel quite differently when it comes to safety. In a recent Canadian study, 52% of residents reported that they felt Toronto was unsafe, despite having a low crime rating among the 15 cities ranked.