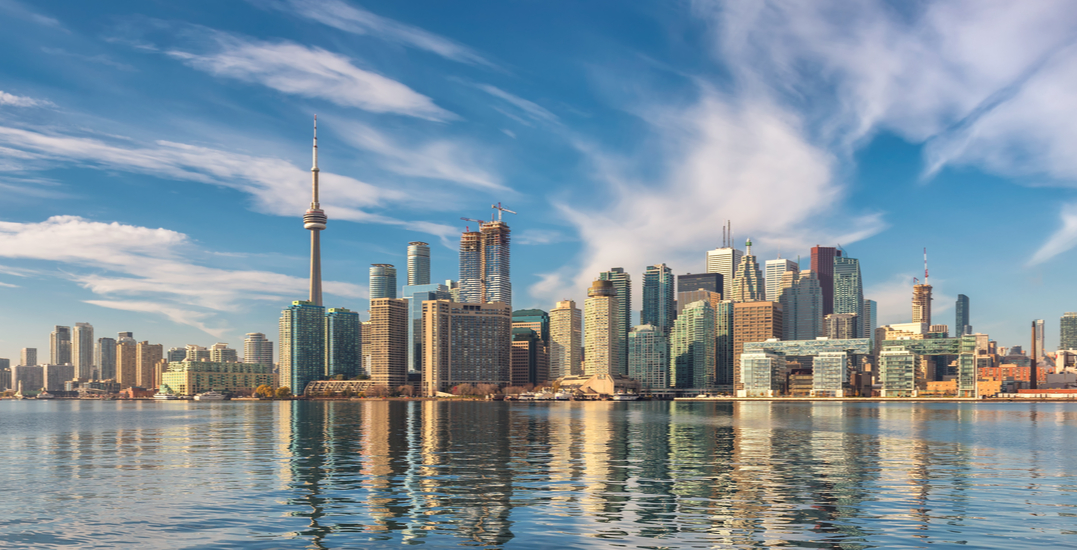 Toronto is one of the top global cities at risk of a real estate bubble.

According to the UBS Global Real Estate Bubble Index, which puts the housing market into a long-term perspective and is designed to track the risk of property price bubbles in global cities, Toronto is third on the index for 2020 out of 25 cities. 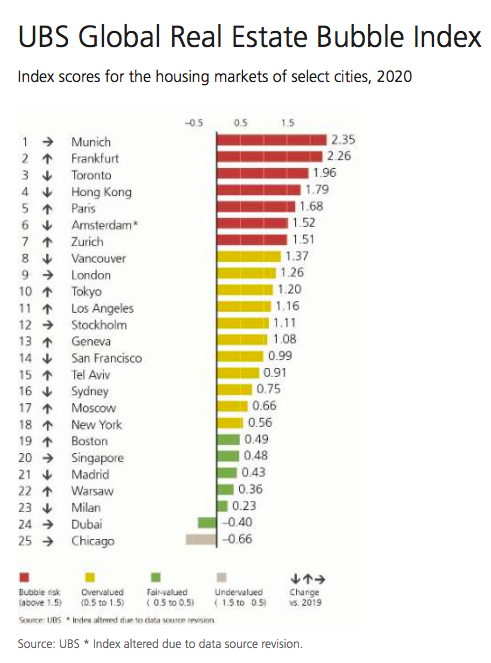 The report says that Toronto shows a “high imbalance” with the housing market. And, in contrast to last year, Vancouver’s housing market is “now on the overvalued range of the spectrum” sharing the same territory with London, San Francisco, and Los Angeles.

According to the report, even with the pandemic, housing markets have remained “resilient” in the first half of 2020.

The first reason being that home prices can only refer back to price indicators in the past, therefore only reflecting an “economic downturn with a certain delay.”

The second reason being that the majority of potential home buyers did not “suffer direct income losses” in the first half of 2020 as credit facilities for companies and short-time work schemes mitigated the fallout from the crisis.

And the third reason being that governments supported homeowners in many cities during the lockdown periods.

Even though Toronto was bumped down a spot, it’s valuation is still at 1.96, well above the 1.5 standard for being in a bubble risk.

“The current cities at bubble risk seem to be weathering the coronavirus crisis relatively well. The local economies in Munich, Toronto and Hong Kong will likely recover quickly,” Matthias Holzhey, lead author of the study and Head of Swiss Real Estate at UBS CIO GWM, said.

“But even in the absence of a broad market correction, the potential for further capital gains seems depleted. In particular, the prospects for buy-to-let investments are poor given the record-high price-to-rent ratios.”