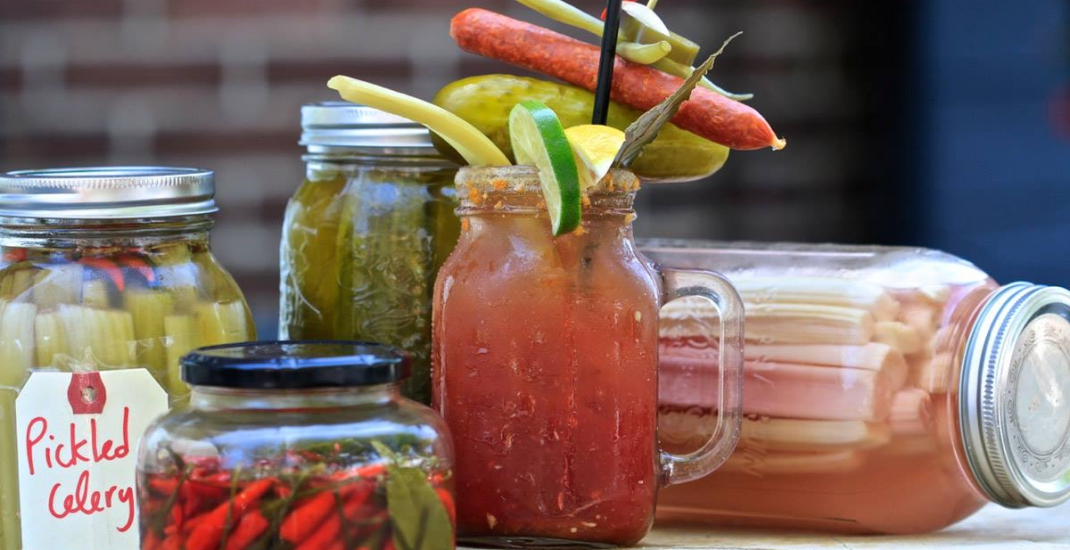 Dundas & Carlaw has launched brunch and while the menu of Scottish breakfasts and fried egg sandwiches might be tempting enough as is, the east side restaurant is introducing a novel approach to appeal to brunch-goers.

Owner Ruben Vina shares with Daily Hive that he’ll pay you $5 if you have to wait in line for more than 30 minutes – a big win for Leslievillans accustomed queuing up for bacon and eggs.

Described as a kind of “reverse cover,” it’s a business model previously tested when Vina worked at the Brunswick House (aka the Brunny) to get people in the door.

Dundas & Carlaw boasts a massive patio, so the idea is to lure locals in on the weekends with the promise of Cheetos-rimmed caesar cocktails and eggs served with sides of black pudding, English bangers, back bacon, hash browns, sauteed mushrooms, and tomato.